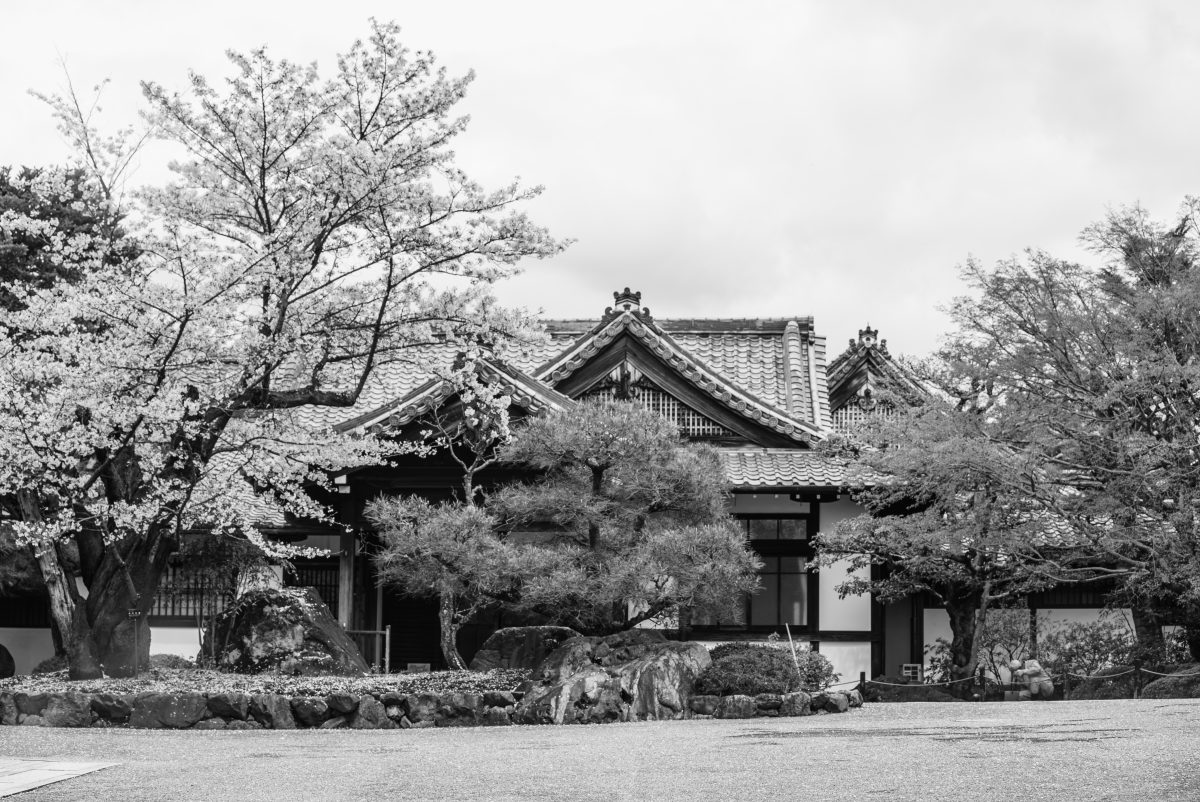 After Hawaii, Hong Kong, Sri Lanka and Vietnam, I have gathered several pictures that represent different aspects of life in Japan.

We say a picture is worth a thousand words and I think it’s particularly true in the pictures shown below. I chose black and white in the manner of street photography because I feel like we can focus more on the story behind the image. 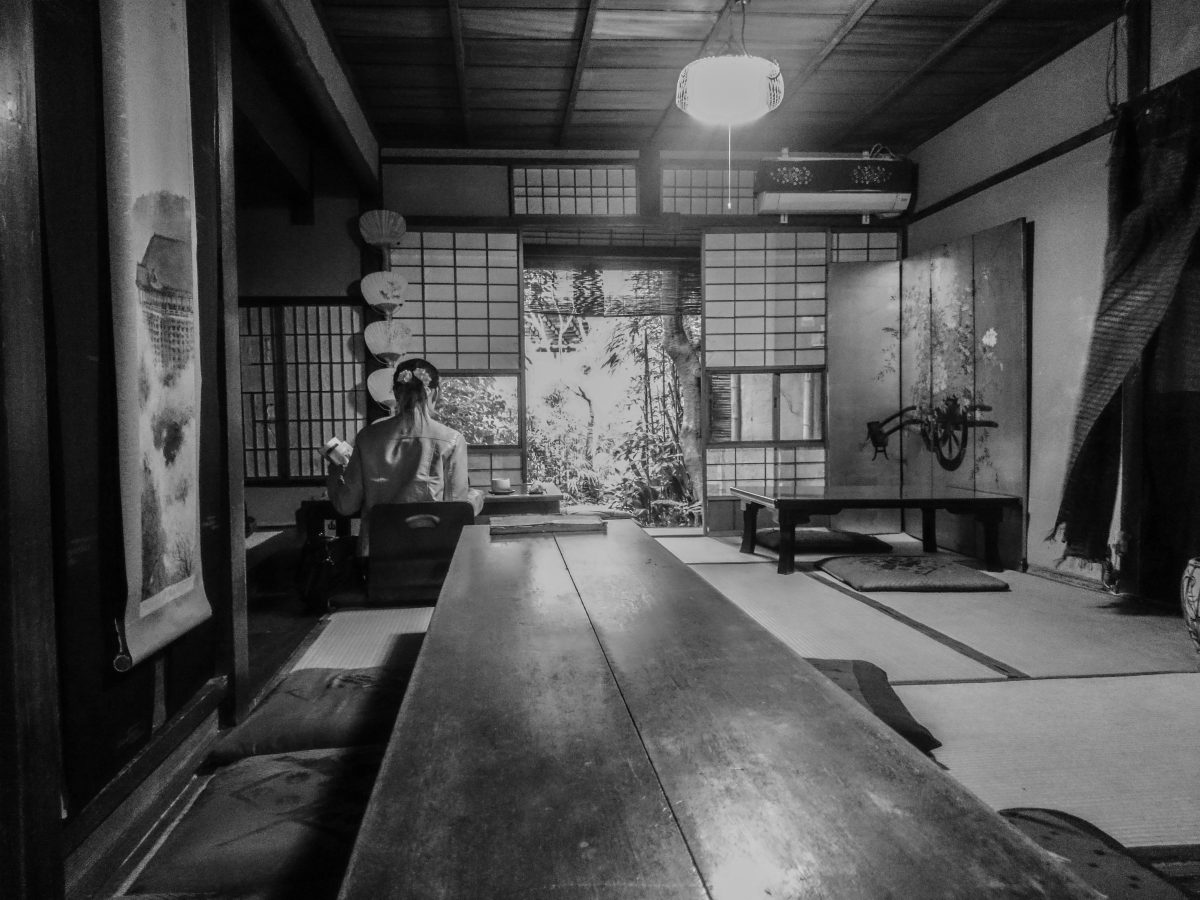 Tea houses are probably what I like the most about Japan. Usually set in beautiful and traditional wooden houses, they always offer a very calming atmosphere. Some even organize tea ceremonies but it is enough for me to enjoy the serenity of the place along with a good cup of tea. We took this picture at the Kyoto Chocolat Organic Tea House, which is a paradise for chocoholics like me.

I like this picture a lot because it has two of the most iconic Japanese symbols: a temple (Ninna-Ji temple in Kyoto) and cherry blossoms. We were lucky enough to arrive just before the end of the cherry blossom season which gives the town some magical tone. There are so many beautiful temples to see, especially in Kyoto that you will never run out of things to see, but it can also make you burn-out on them pretty quickly (like Simon did)! 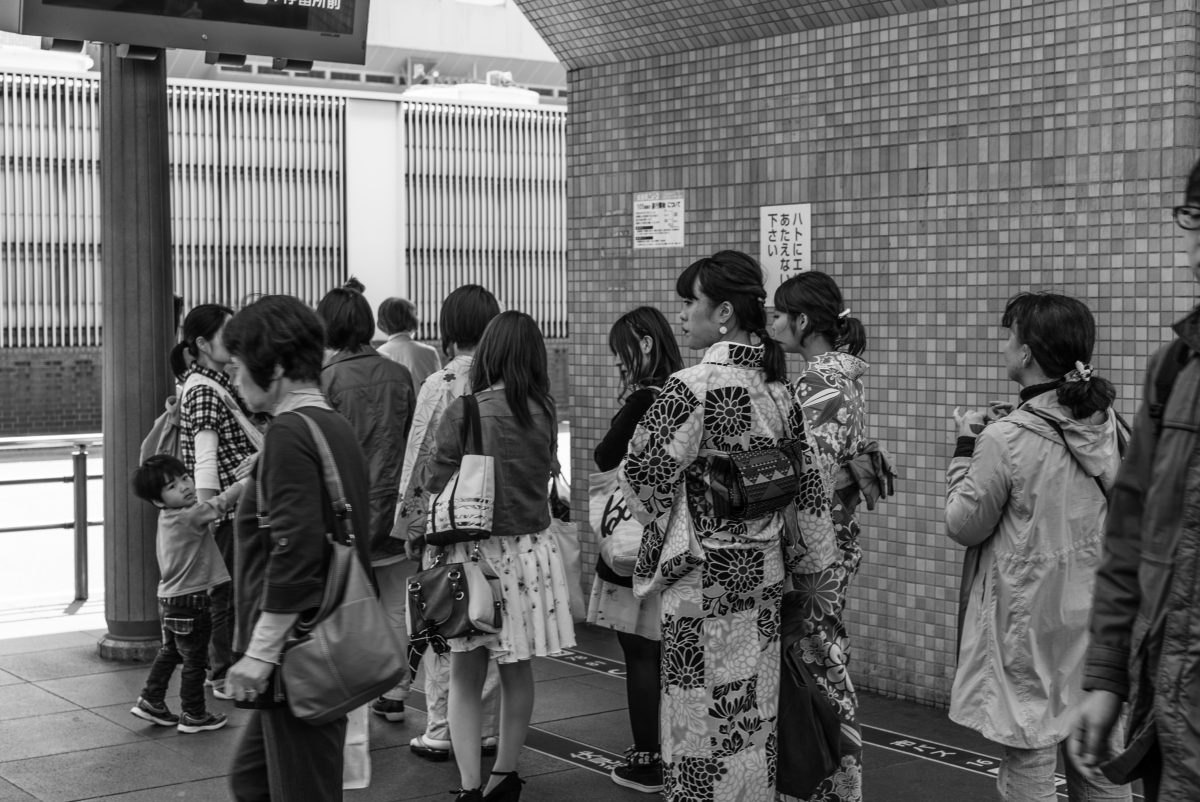 It’s well-known that Japanese are very polite and respectful. We quickly found out that it is not just a stereotype. One of the first examples we had of it was in train stations when we saw people waiting in line to get in the train. It was such a big change from the metro stations in Paris! 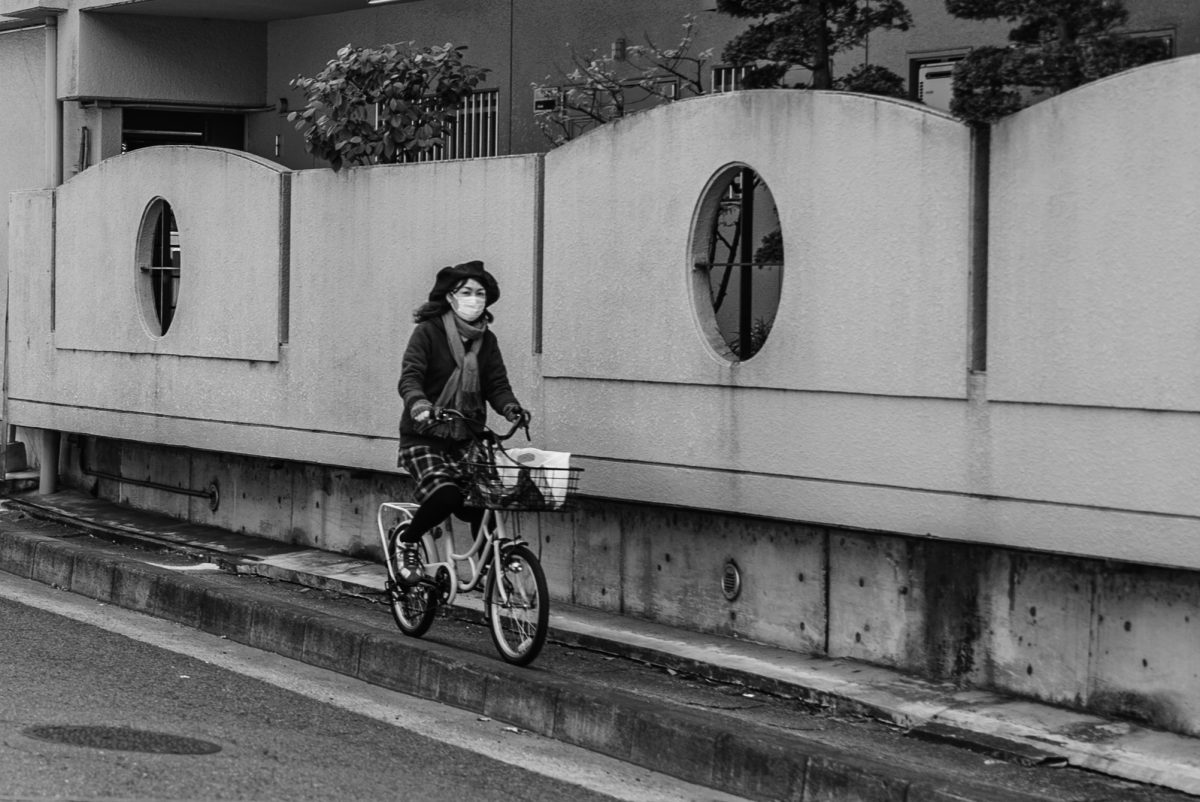 It’s pretty common in Asia and even more so in Japan, to see people wearing these surgical masks. We have actually heard several explanations for this habit. Some say it’s a protection against pollution, others say they want to avoid getting sick or passing on a virus they might have. 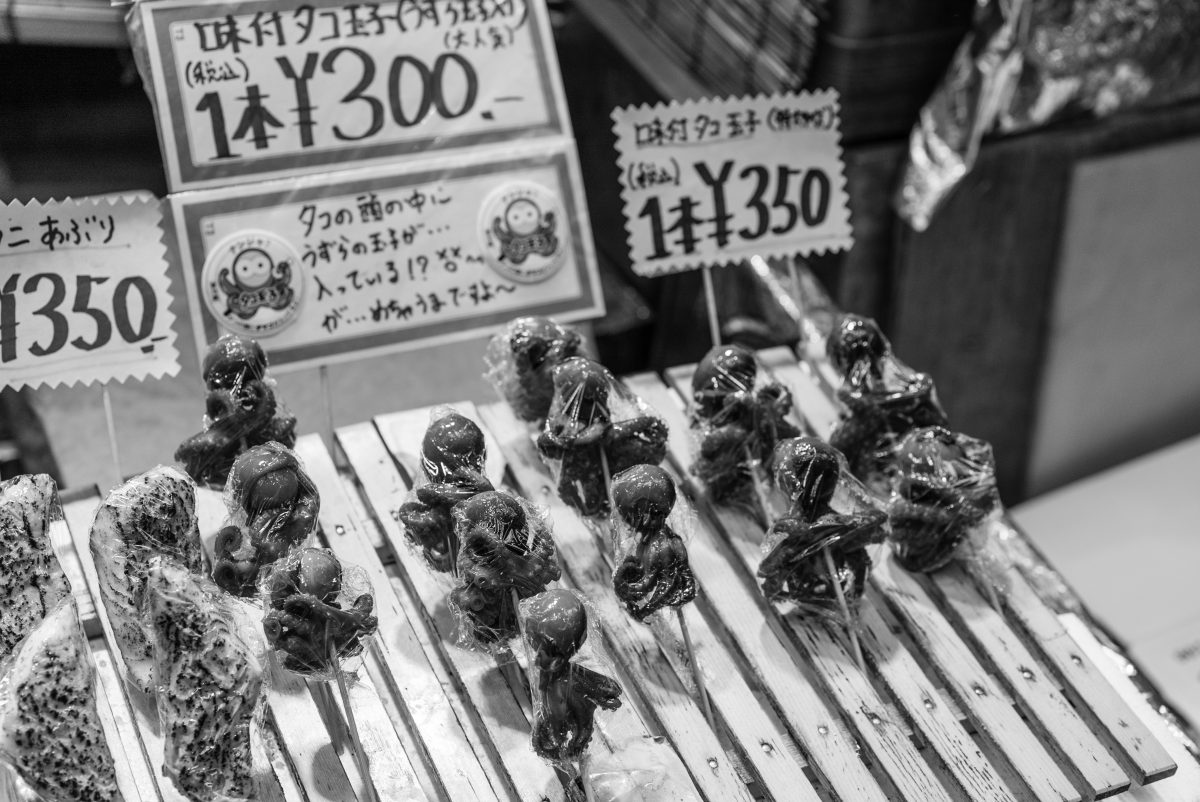 Baby octopus, fish cake on a stick with melted cheese inside, azuki beans everything, especially desserts etc. – we saw the weirdest food in Japan and tried some of it too. 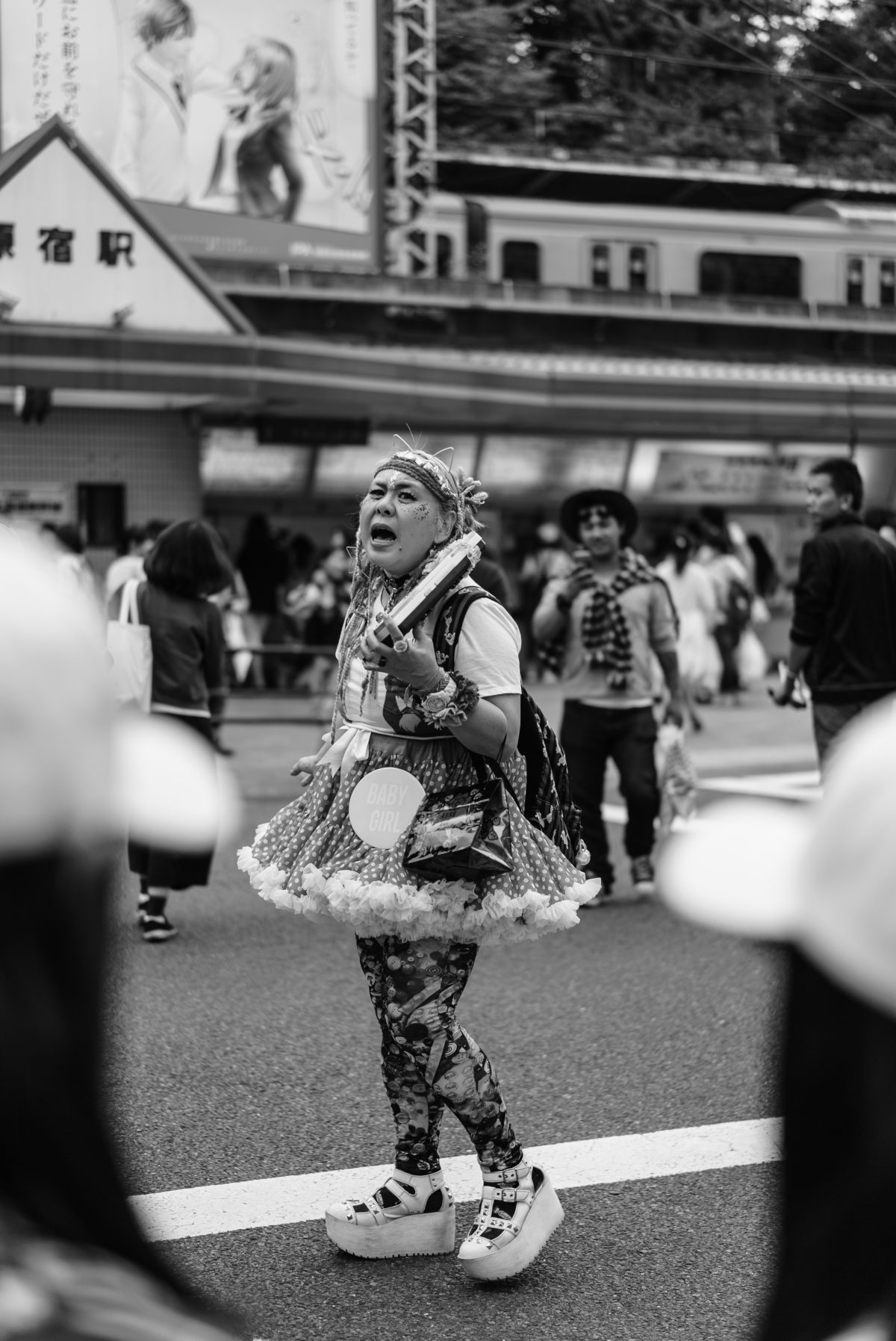 Japanese people are kind, but also a bit over the top. The images we have in our heads of people dressed up in the street are accurate, especially in Tokyo where we took this picture. This woman was singing loud and trying to attract attention on her, but we couldn’t really figure out why… 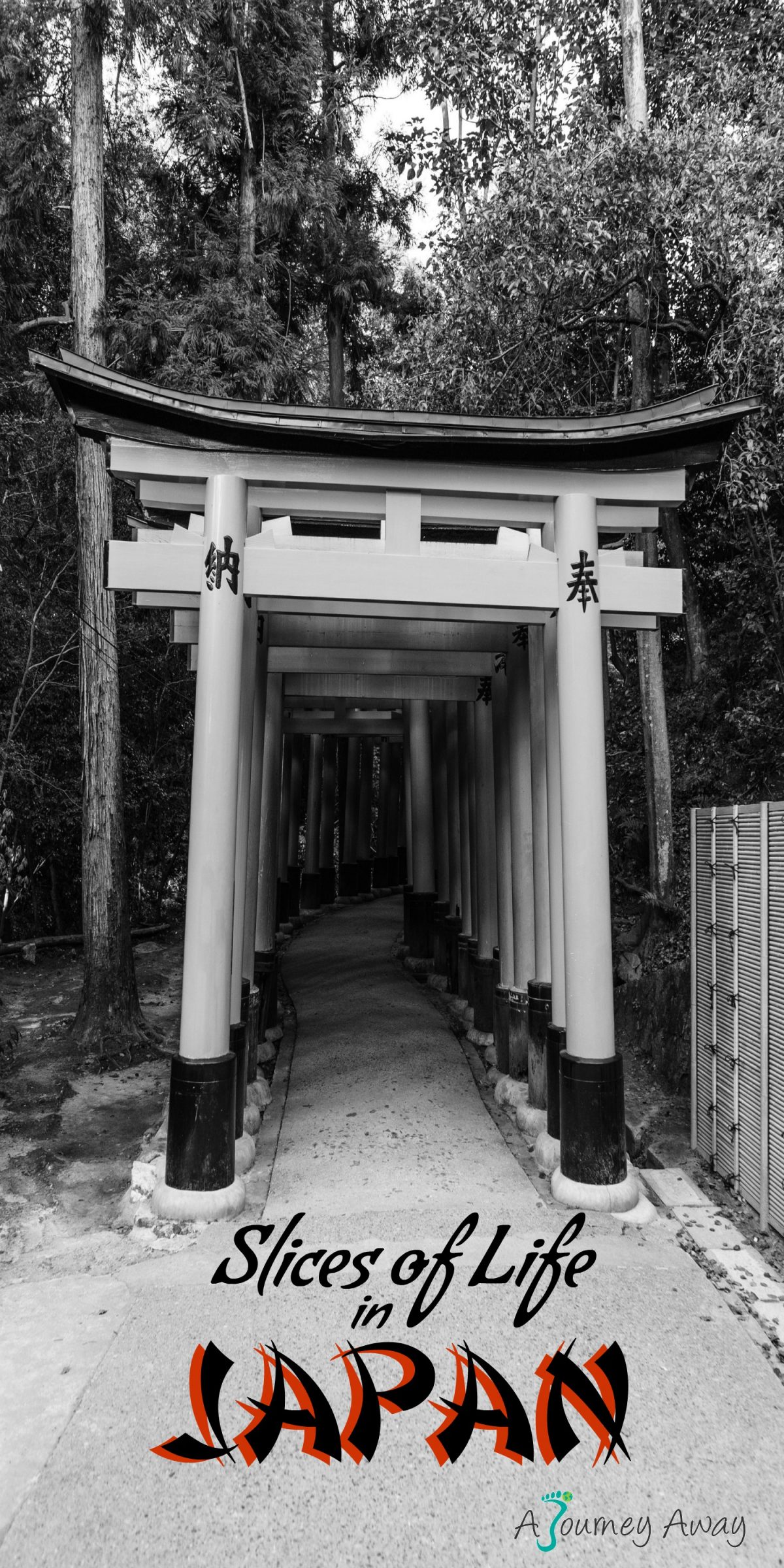