Vegetarian in Sri Lanka: What You Need to Try 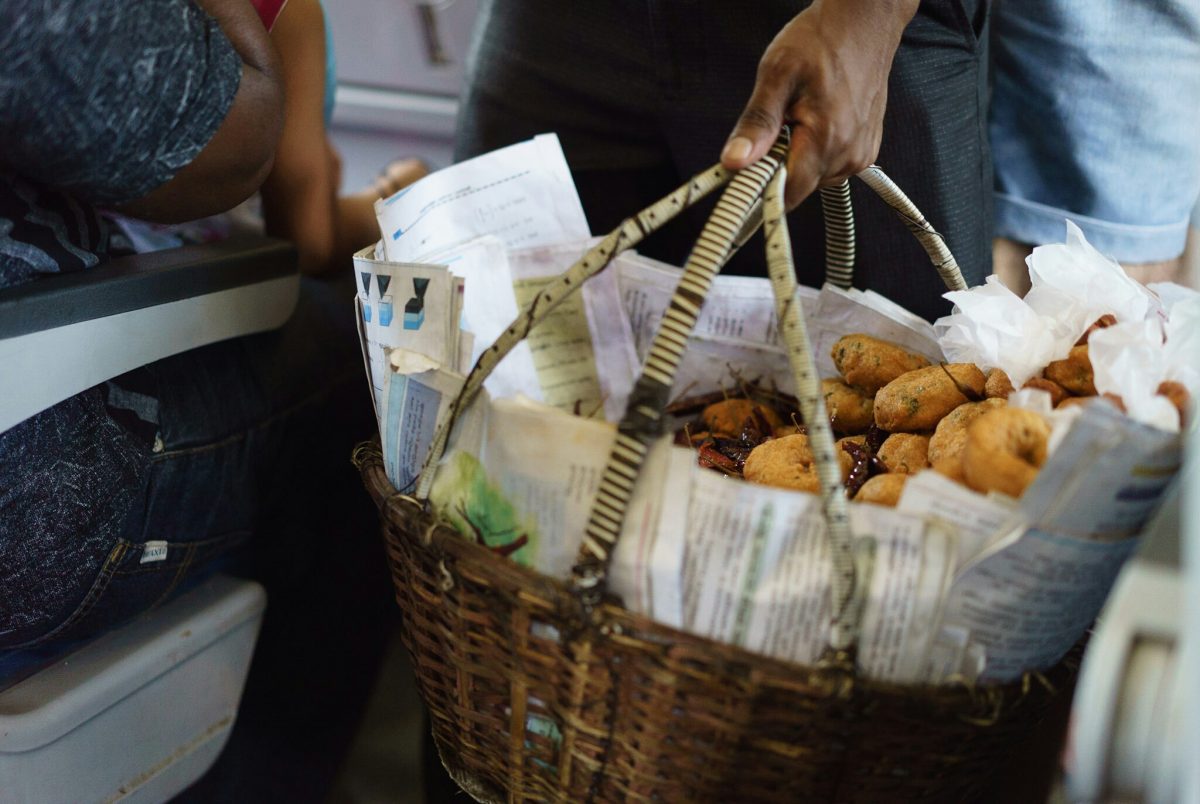 Vegetarian in Sri Lanka: What You Need to Try

We arrived in Sri Lanka without knowing much about the food there except for the idea that I should be ok as a vegetarian. Well, it is absolutely not difficult to be a vegetarian in Sri Lanka. Unlike in other countries, I didn’t have to spend time researching vegetarian restaurants in the areas we visited, if such restaurants even exist. I knew for sure there would be several meat-free options wherever we would go. The country is actually so vegetarian friendly that when we took a cooking class in Ella, we were surprised to see that all dishes were vegetarian by default. 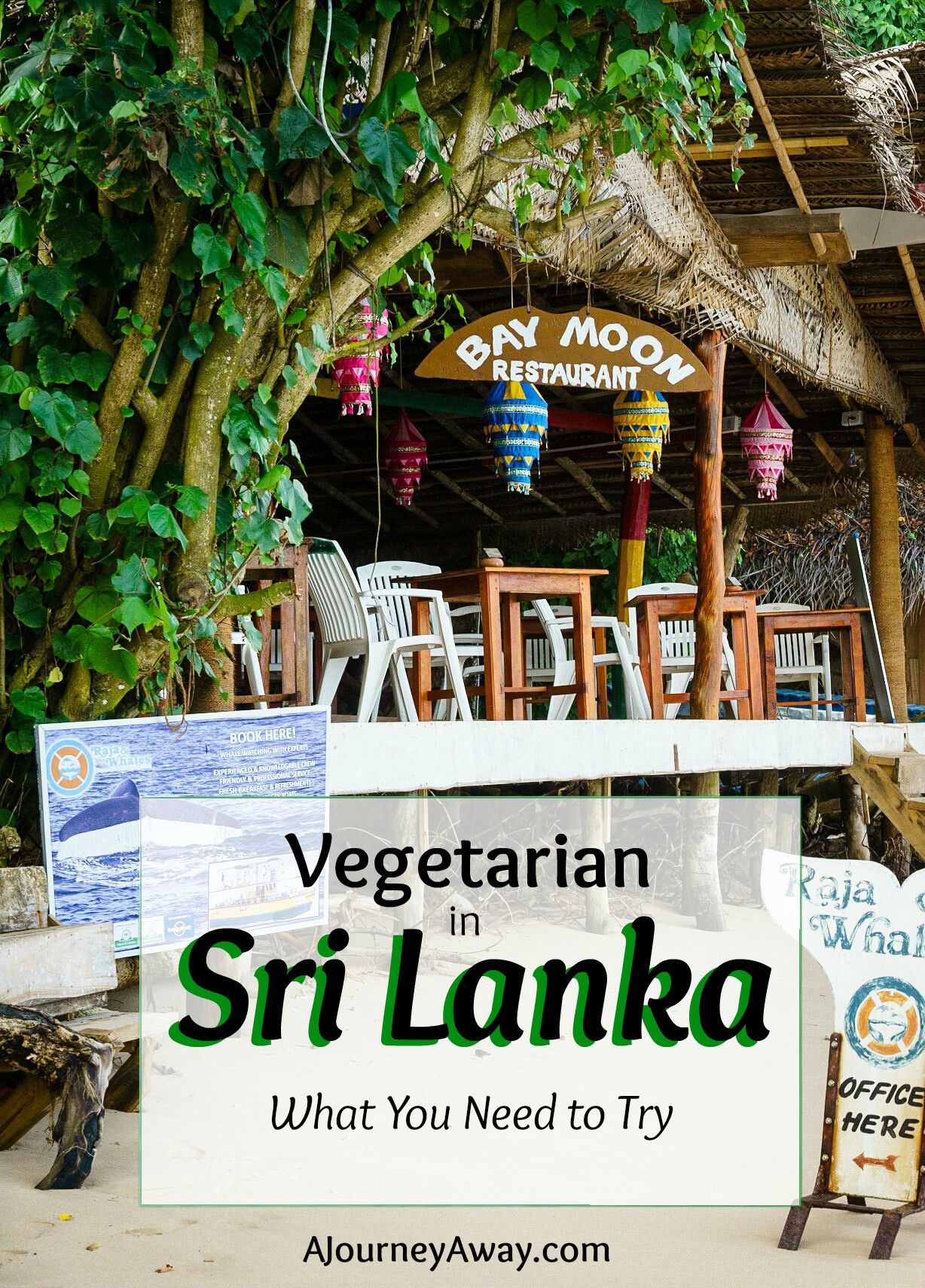 We tried this dish in Negombo on our very first night in the country. We found this adorable family restaurant that didn’t have more than 4 or 5 tables on the main street, not far from the beach. We could read “Kottu roti” in big letters on a blackboard and both ordered it (after I made sure it could be vegetarian) without really understanding what we were going to eat.

Kottu roti consists of chopped flat bread mixed with spices and vegetables, eggs, cheese according to what you chose. It results in a very flavourful and mild dish. I would recommend to stay away from the cheese options though. I had it once and I was served vegetable kottu with 2 slices of cheap fake cheese on top.

Rice and curry is the most popular and traditional dish in Sri Lanka. Its name says it all. Some steamed rice is accompanied with several kinds of curries, all served in different containers. Every place makes it its own way so you get a new experience every time. The most common curries include lentils (famous dhal), potatoes and beans, but you can also find some more surprising ones like garlic (absolutely delicious) or pineapple. The best rice and curry we’ve had in the country was at the Lucky Fort restaurant in Galle which serves no less than 10 curries. 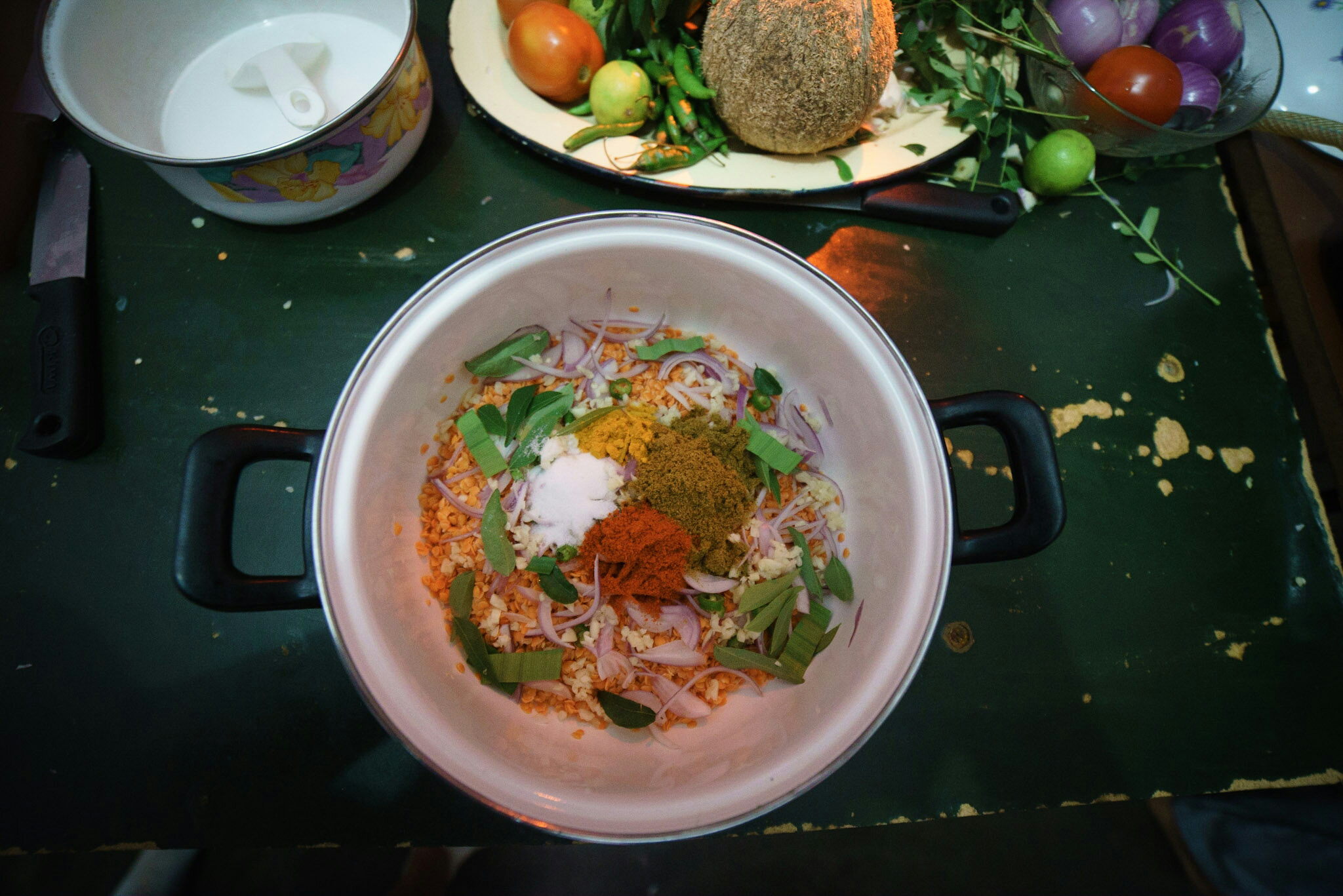 Making dhal during a cooking class in Ella

With Dutch origins, lamprais has become a traditional dish in Sri Lanka. I would say it is another version of rice and curry where all the ingredients are then baked together, wrapped in a banana leaf which adds a lot of flavour to the dish.

Sri Lankan breakfasts are the best I have ever had. Sweet and savoury, flavourful, diverse and hearty, we usually couldn’t refrain ourselves and would only need one other meal in the day, toward the end of the afternoon. Coconut rottis and sambol are traditionally served for breakfast and we could never have enough. Coconut rottis are flat breads made with shaved coconut. They make great vessels for homemade jams that we would sometimes get in guesthouses. They are also great with coconut sambol, which is simply grated coconut mixed with spices, tomatoes, onions, chilies and lime. 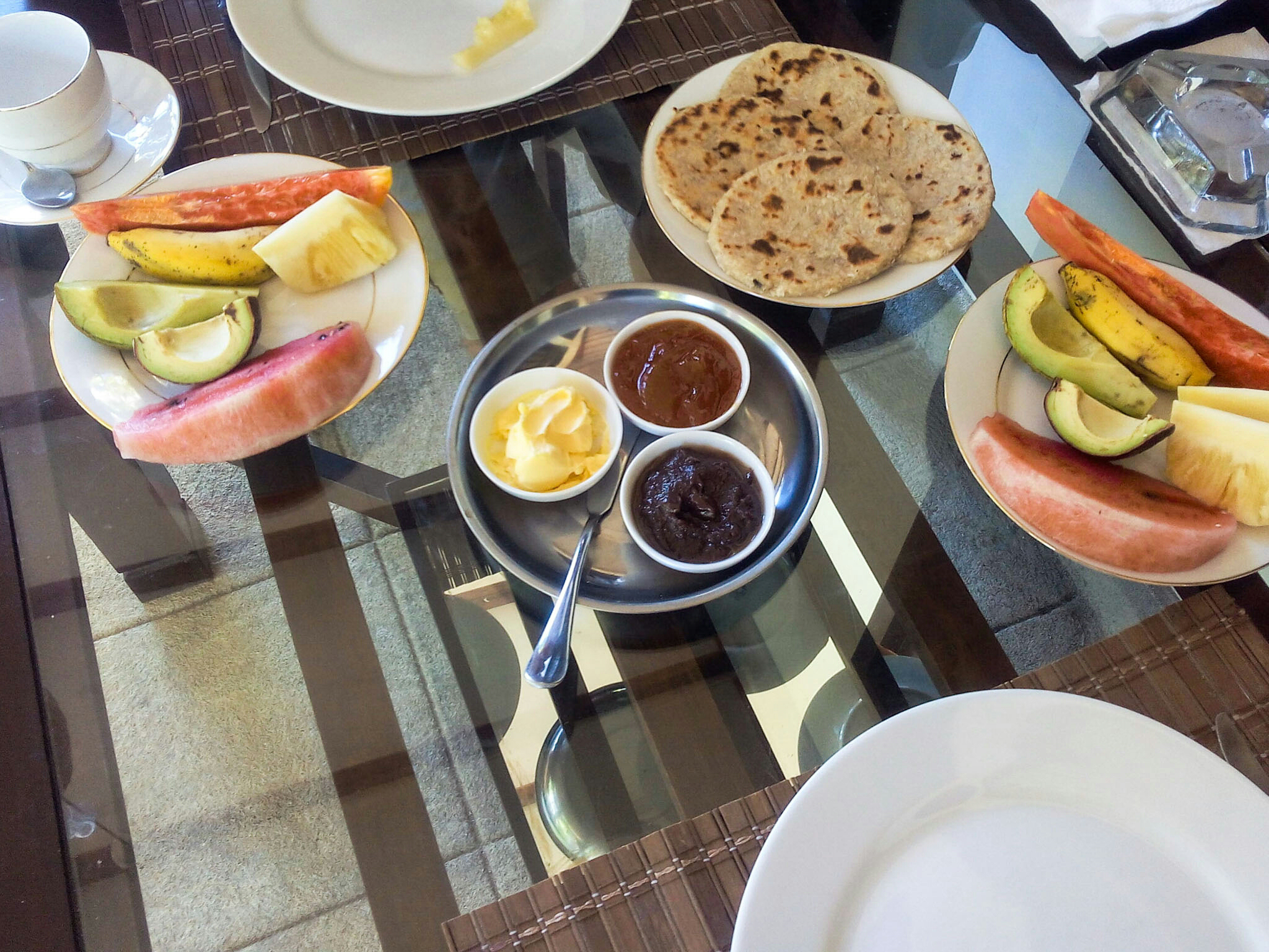 Hoppers are also part of a traditional Sri Lankan breakfast. Plain hoppers are bowl-shaped pancakes made with fermented rice flour and coconut milk and are usually served with an egg. String hoppers are more like spaghetti pancakes with rice and wheat flours. Both kinds are served with curry sauce, some kind of curry like dhal or coconut sambol. 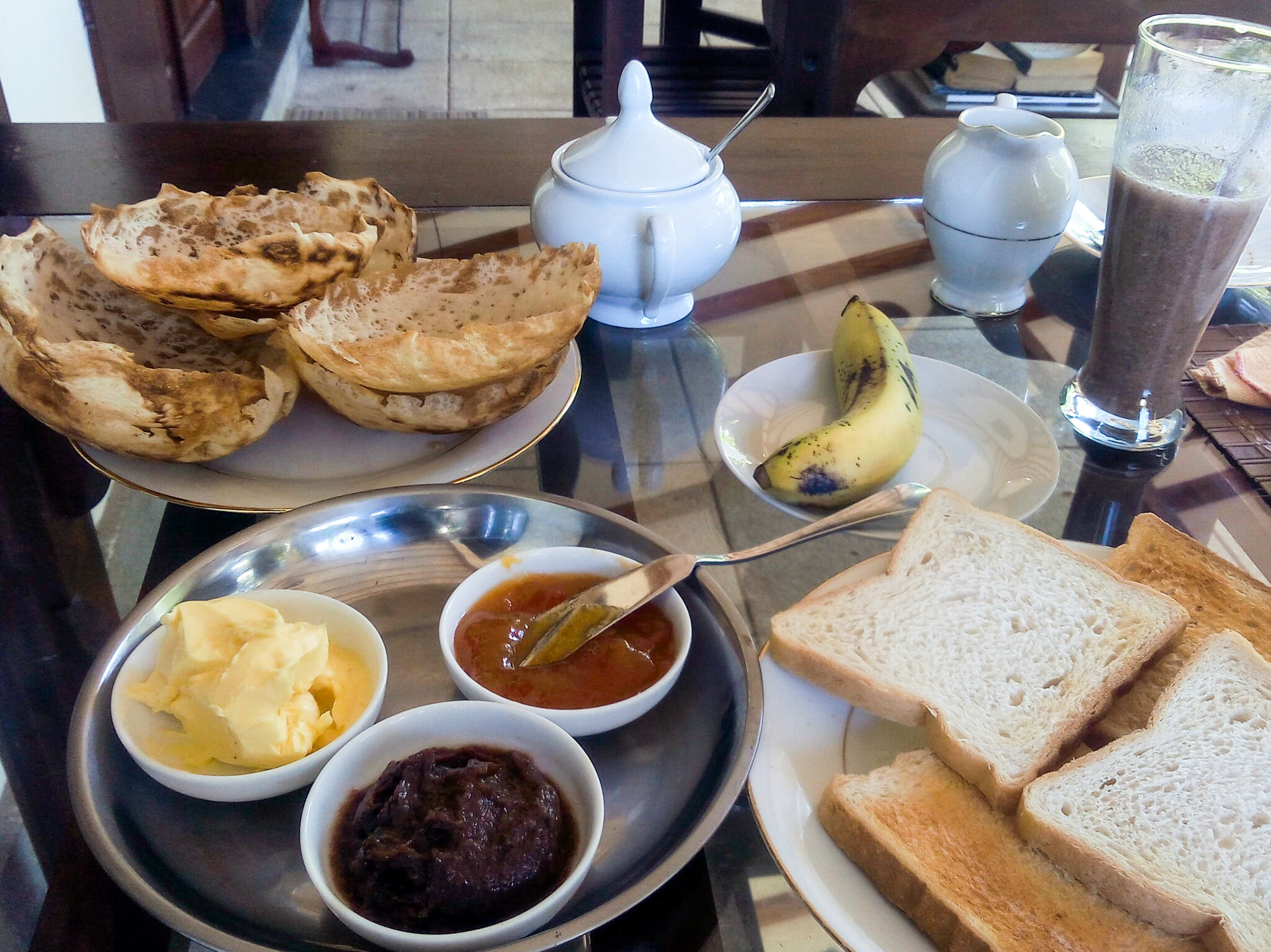 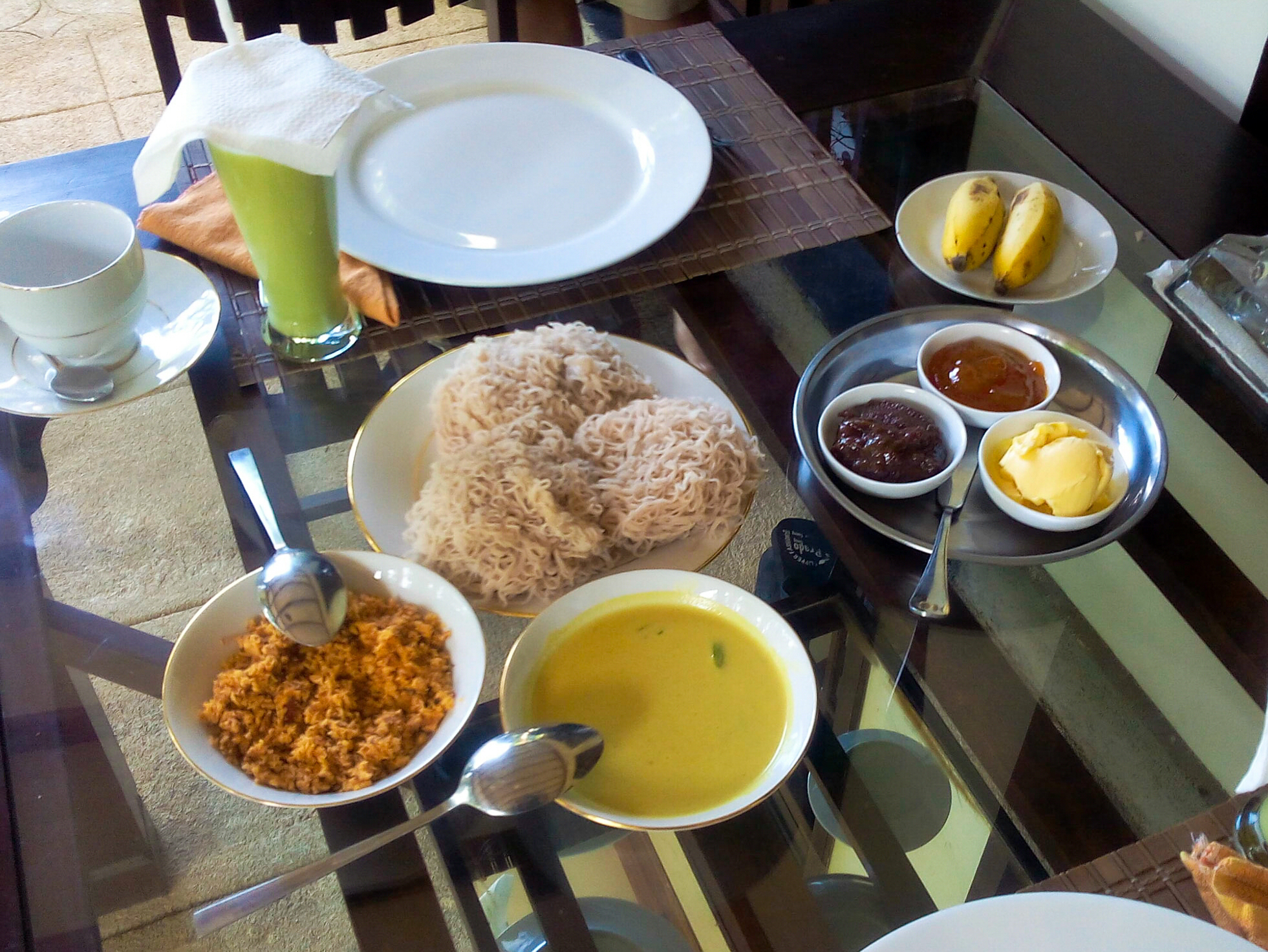 Biryani was actually the only Sri Lankan dish I had heard of before visiting the country. I had discovered it thanks to a world cuisine monthly subscription box and I was looking forward to trying one in Sri Lanka. A biryani is a rice based dish with vegetables and a lot of different spices. It was sometimes too spicy for me and not my favourite dish but definitely something to try.

Rotis were one of our favourite Sri Lankan dishes. The flat bread (roti) is stuffed with mashed potatoes, chopped veggies and spices before being cooked on a pan. They also make some sweet versions of it with bananas and chocolate for example – very filling and tasty.

Patties are like fried dumplings stuffed with vegetables (or meat, make sure you ask before ordering). Also with a lot of stuffing options, cutlets are breaded and deep-fried balls. These snacks are traditionally eaten with tea. 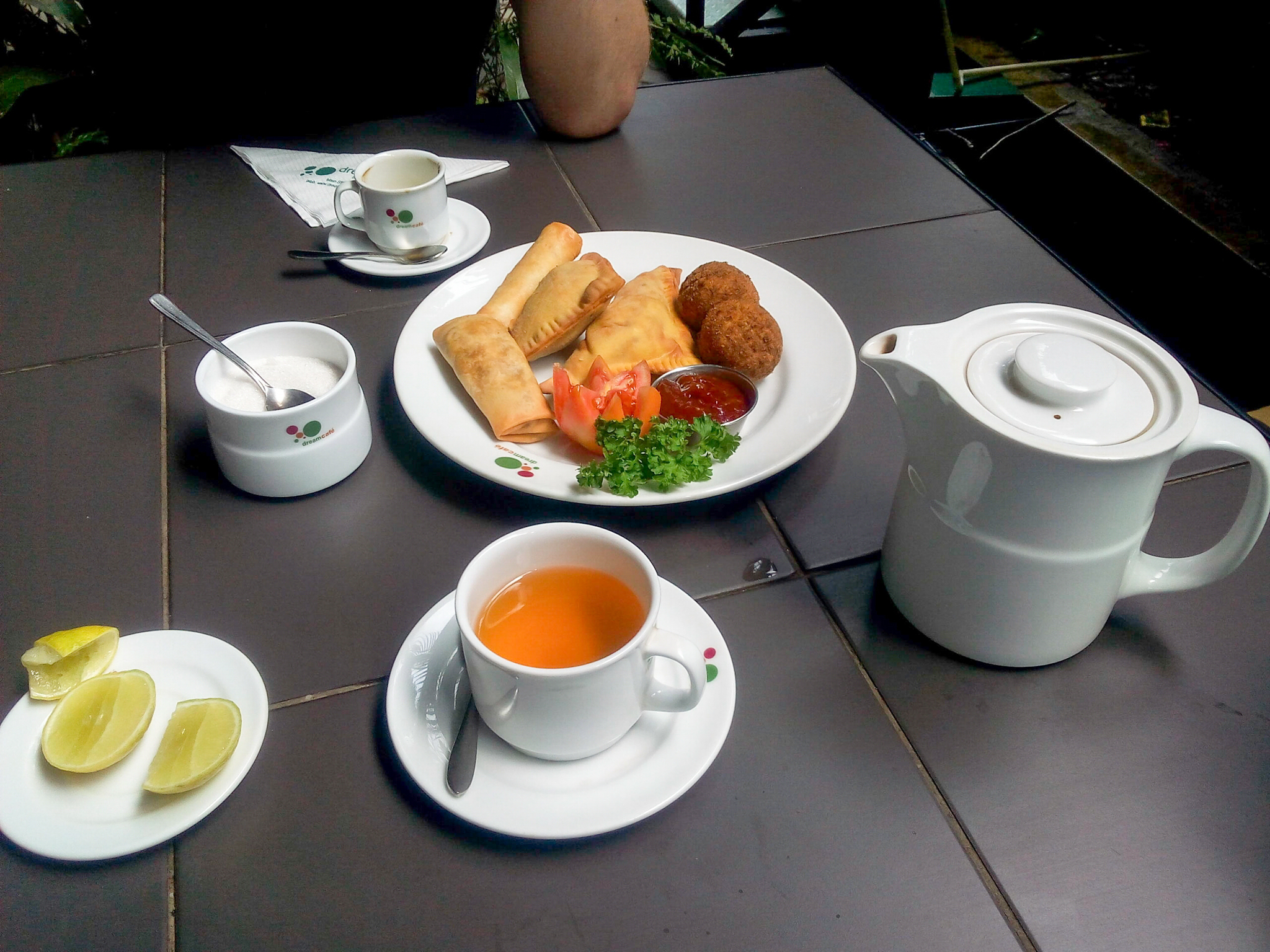 A lot of countries have their own versions of samosas. Sri Lankan samosas are usually made with vegetables or beef and are pretty spicy… objectively, probably not that spicy since I was able to have them! We liked them so much that they ended up being our go-to snacks in trains. 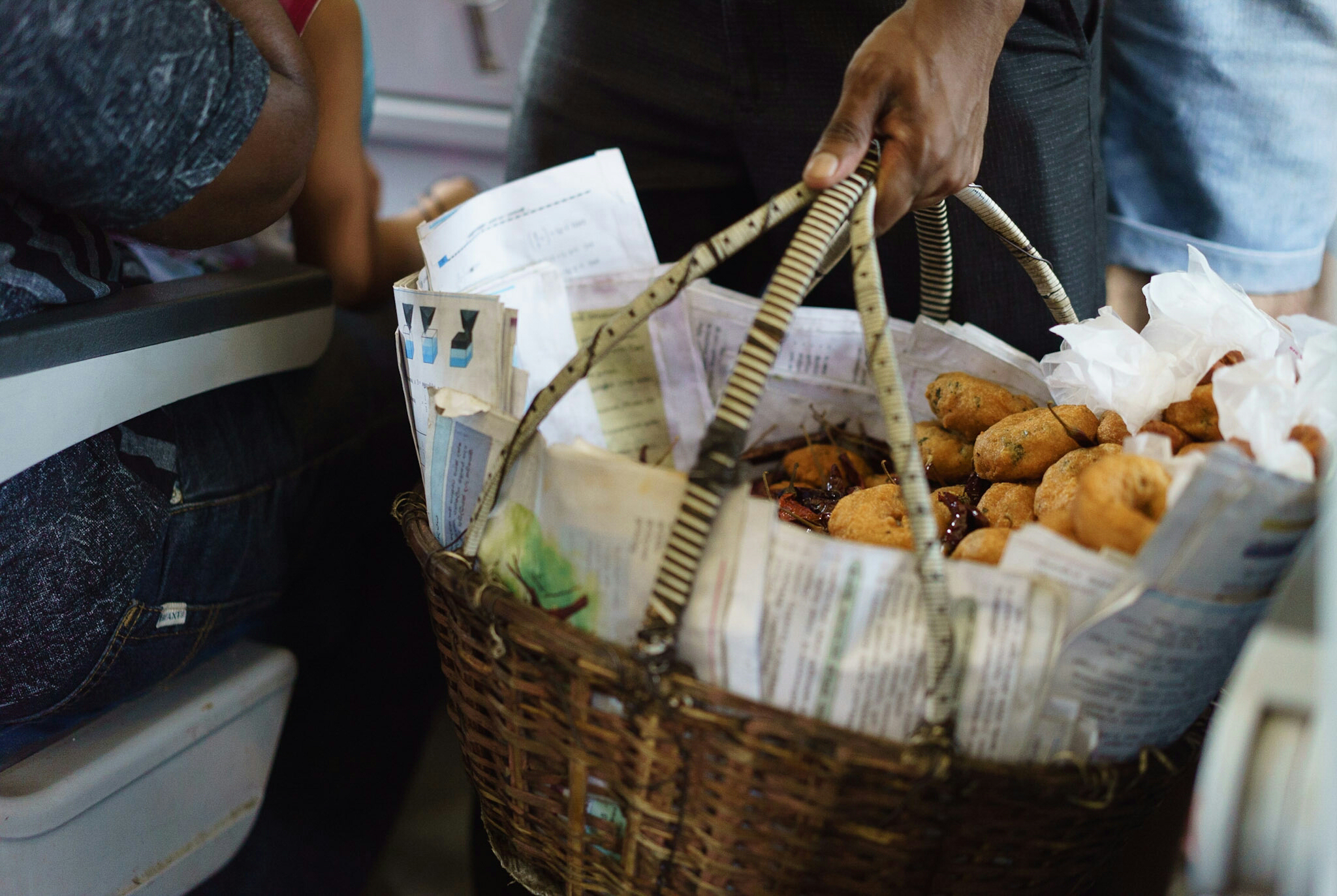 Snacks in the train

Sri Lanka is not big on desserts and it sometimes gave me and my sweet tooth a hard time. We tried buffalo curd and treacle at one of the guesthouses that we stayed at. This thick and smooth buffalo yogurt is served with treacle, a sweet palm syrup.

Sri Lankan cuisine is varied and counts some of the best dishes we have ever had. As a vegetarian, I never felt frustrated that I wasn’t able to try something that would exist only with meat.