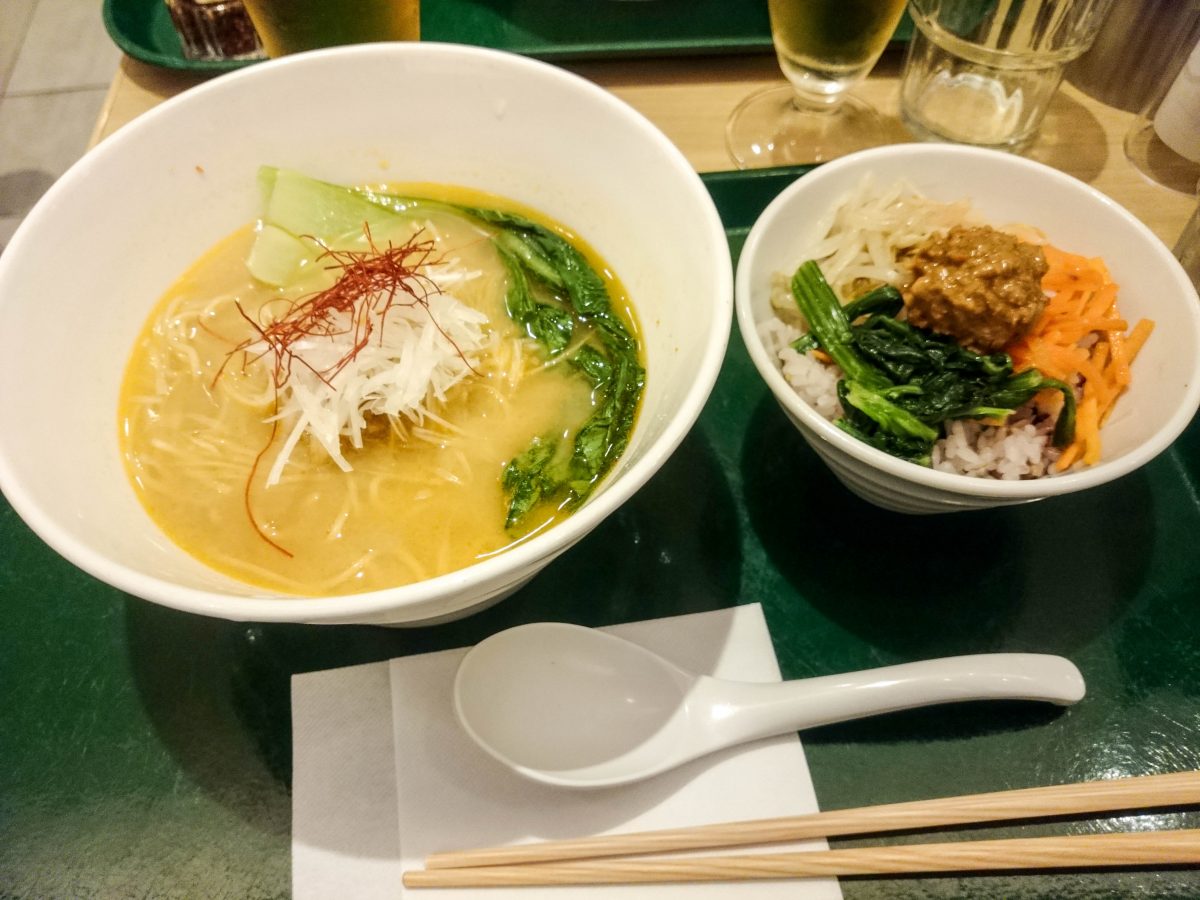 The fact that I occasionally eat fish (no other seafood) saved me a couple of times (I unfortunately had to eat more than I was able to enjoy) but it’s not impossible to be completely vegetarian or even vegan in Japan. There are a few things I wish I had known before going though. 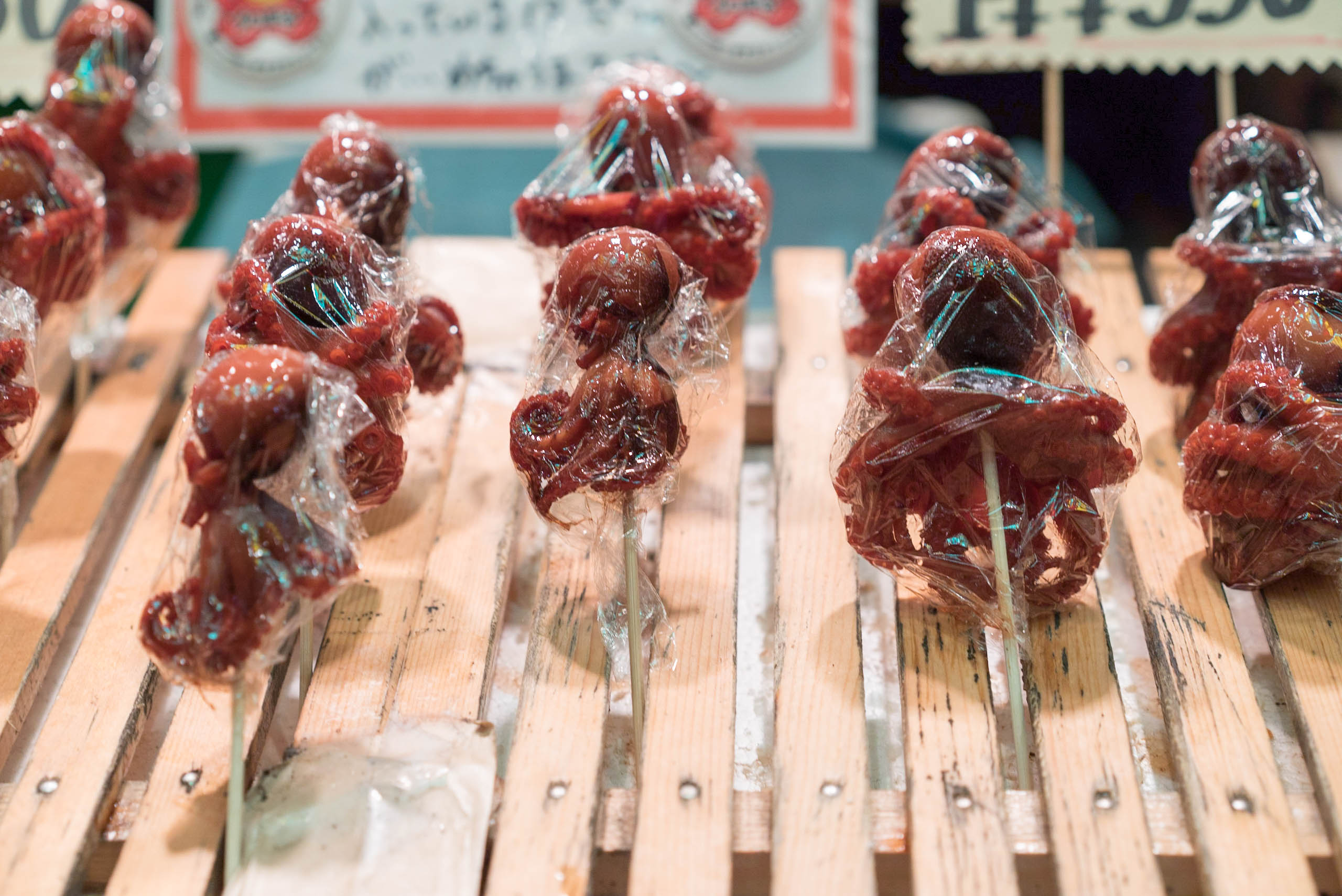 You need to make your researches which I didn’t do soon enough. I should have known better, France definitely being for meat-eaters. There is maybe two vegetarian restaurants in my hometown, Nantes, although it is a big enough city. Even if it didn’t seem so common to be a vegetarian in Japan either, I was pleasantly surprised to see that major cities did offer many vegetarian places.

Japanese will understand the word “vegetarian” but only because they took the English word and pronounce it their own way. But it doesn’t imply the same as in the western world. A vegetarian dish can easily contain fish or chicken broth for example. It is actually safer to look for “shojin ryori”, which is the type of vegan food cooked by Buddhist monks. 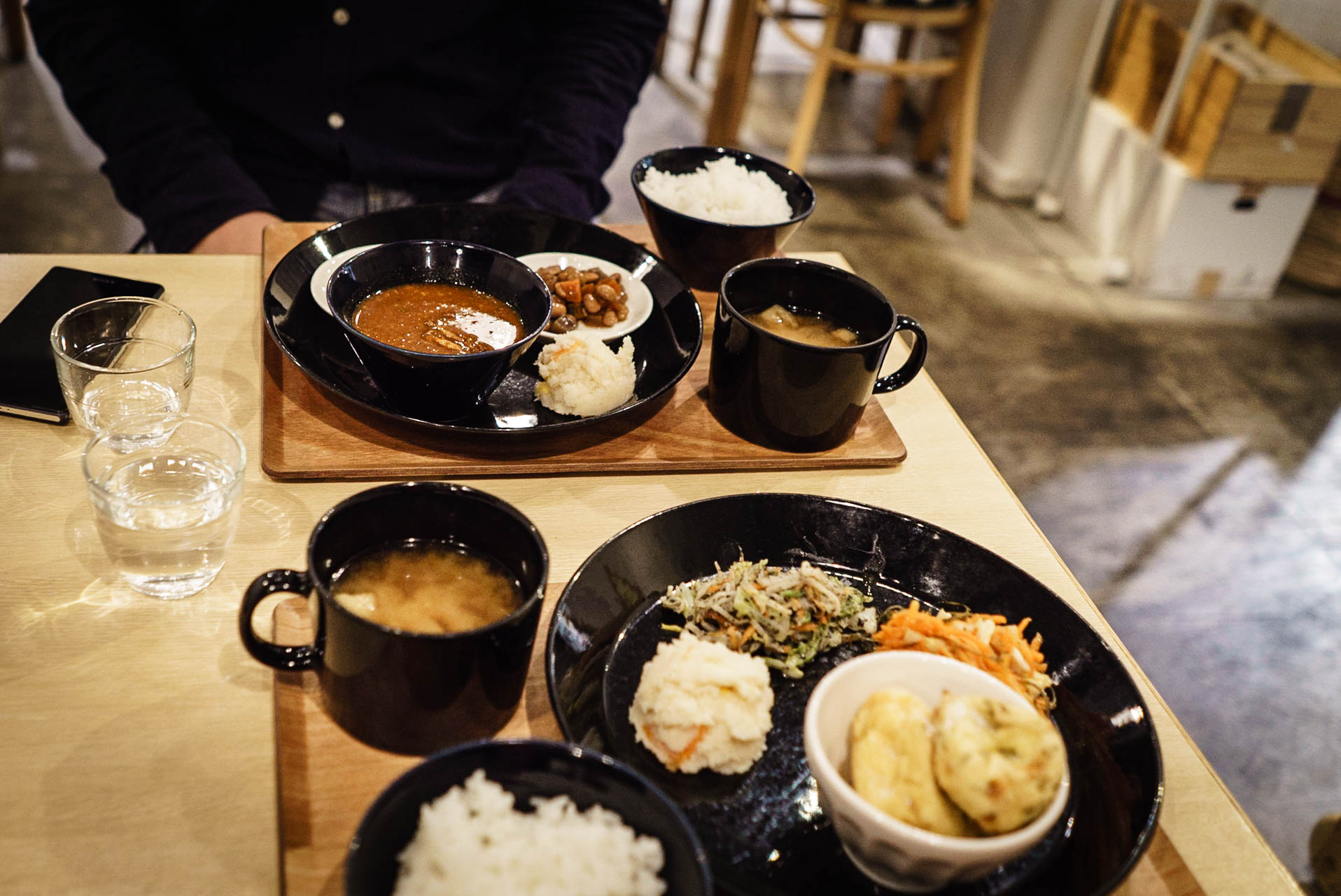 …or have a way to communicate and/or translate! As a result of my lack of researches before arriving in Japan, I was surprised and sad to see how difficult it could be to find vegetarian options. Of course, I hadn’t learned any Japanese to help on that matter. Add to this the fact that Japanese people usually don’t speak English.

As a trained translator, I am not proud to admit that we relied on Google Translate a lot. The app actually lets you take pictures of a text and then translates it… or at least, gives you an idea of what it means and it was pretty helpful.

We were also very lucky that our very first Airbnb host in Kyoto spoke English very well and took time to talk about the city and give us advice. As soon as I mentioned being vegetarian, he printed out a note in Japanese for me to show in restaurants. 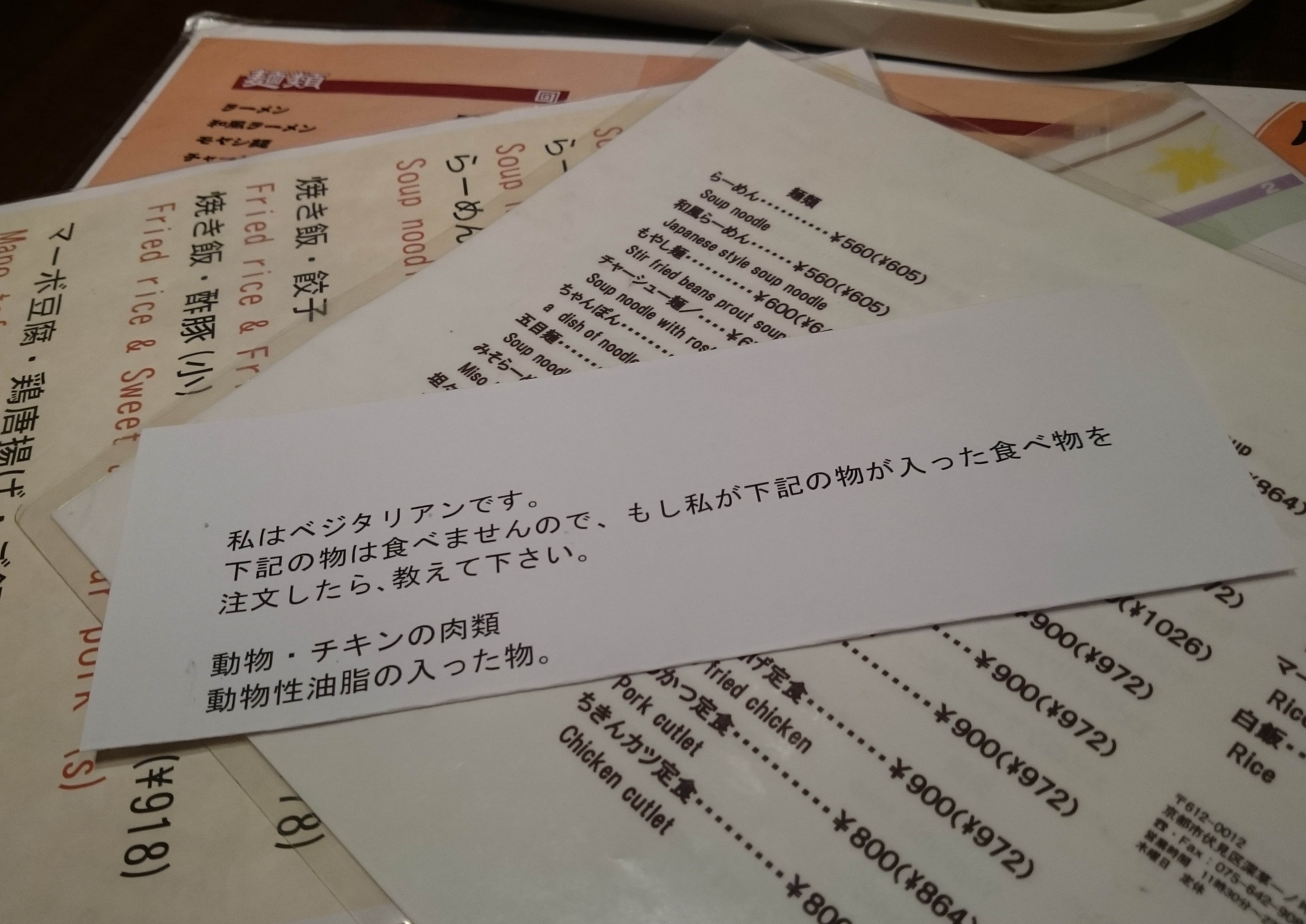 “I am a vegetarian. Please let me know if what I ordered includes any of the following: animals, chicken, animal fat and oils”

This paper saved me on more than one occasions, which leads me to the next point…

Japanese put meat in everything by default, without always mentioning it.

We found a really nice traditional tea house in Kyoto, the Hidamari tea house that offers menus both in Japanese and English. As far as food, we had the choice between a miso-based bamboo shoot and Chinese cabbage curry or a milk and soybean milk based pumpkin stew (no mention of meat whatsoever). After I made my choice, I decided to show my Japanese note anyway. Good call! The woman managed to tell me in a broken English that there were “pieces of animals” in the dishes… My lunch eventually was the best matcha tea tiramisu of my life (and I’m not even so fond of matcha tea). 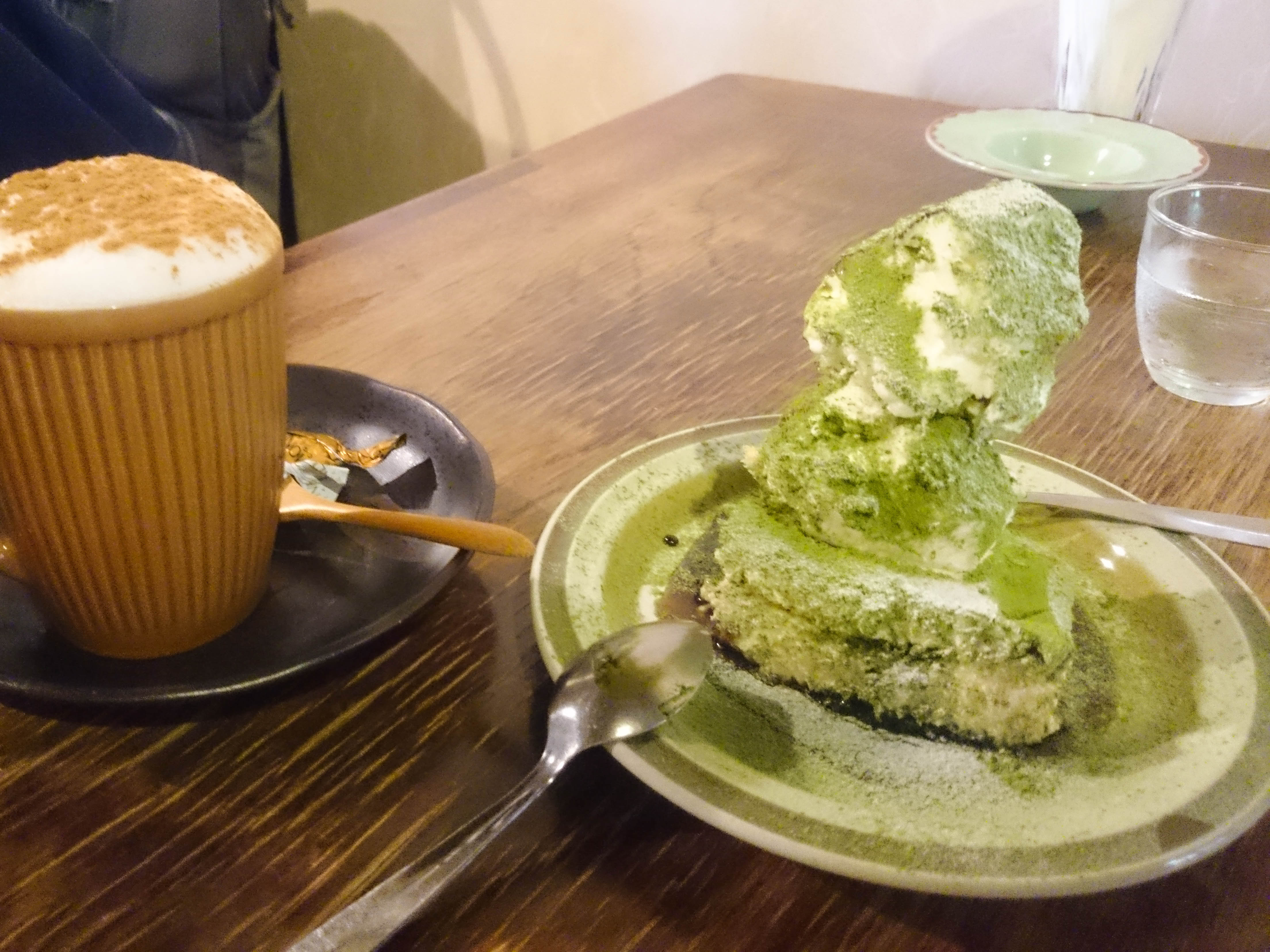 While in Tokyo, we went to an Indian place located nearby our Airbnb flat. I ordered some kind of vegetable curry and I made the mistake of not showing my life-saving note in Japanese. I found pieces of chicken in my dish and when I asked the waiter about it, he confirmed and even had the chef come to apologise.

Well, apart from the above-mentioned incident, Indian food is usually a safe pick for vegetarians. I know it is far from traditional Japanese food, but I must say that Japanese make the best Indian naans (stuffed with loads of cheese or oinions for example). 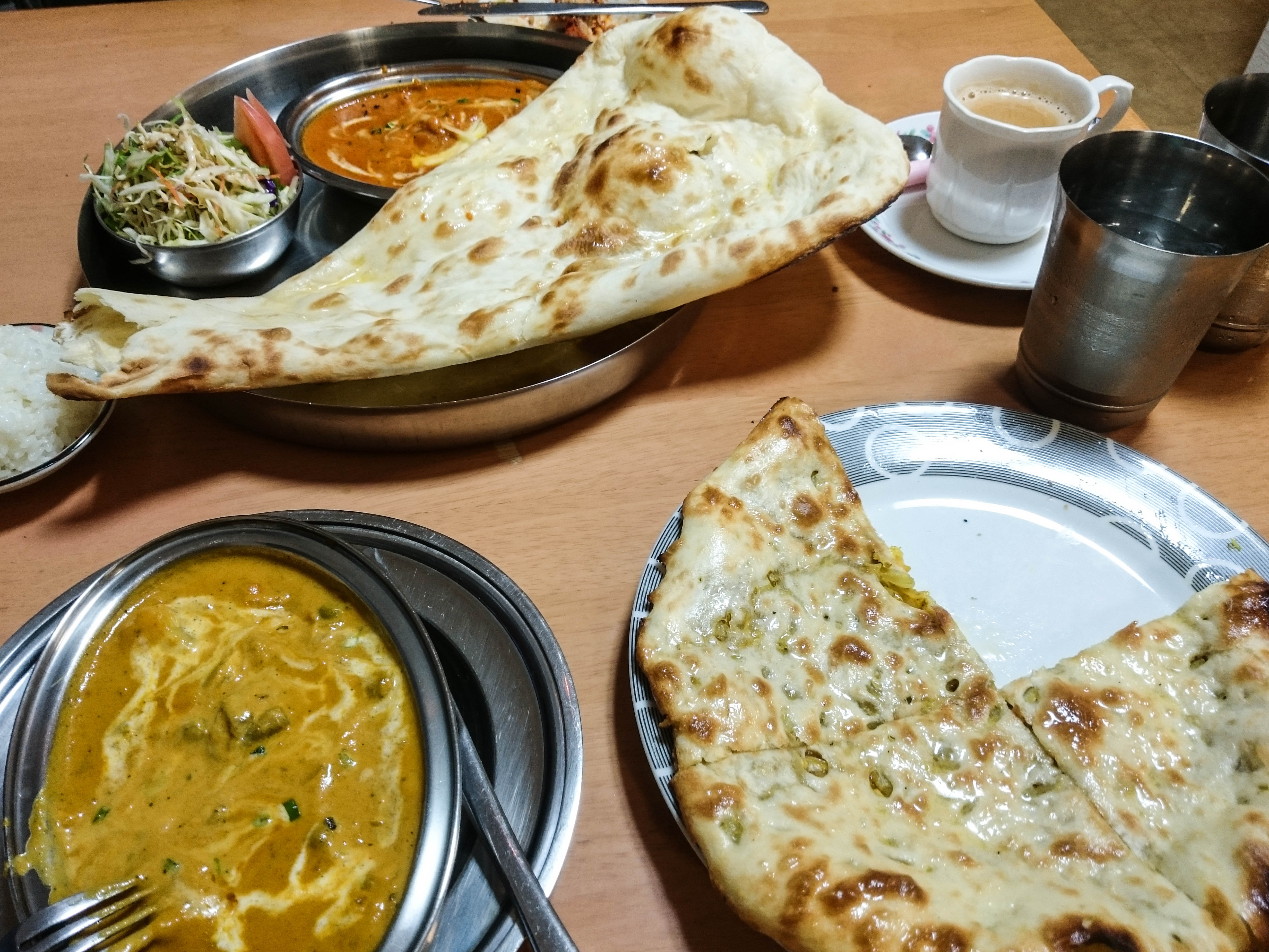 It took me way too long to find out about the Happy Cow website (they also have an app). It is available worldwide and has useful filters to let you find places that are vegetarian, completely vegan or offering vegetarian options.

Komaki Shokudo: located in Akihabara, it offers real Japanese vegan food. We got a tray with miso, rice and several kinds of vegetables. Simon wasn’t really impressed but I totally loved it.

T’s tantan: you’ll find this vegan ramen restaurant inside Tokyo station, behind the gates so we arranged to change lines at that station one day. Ramen being one of the most traditional Japanese dishes, I was happy not to miss out. 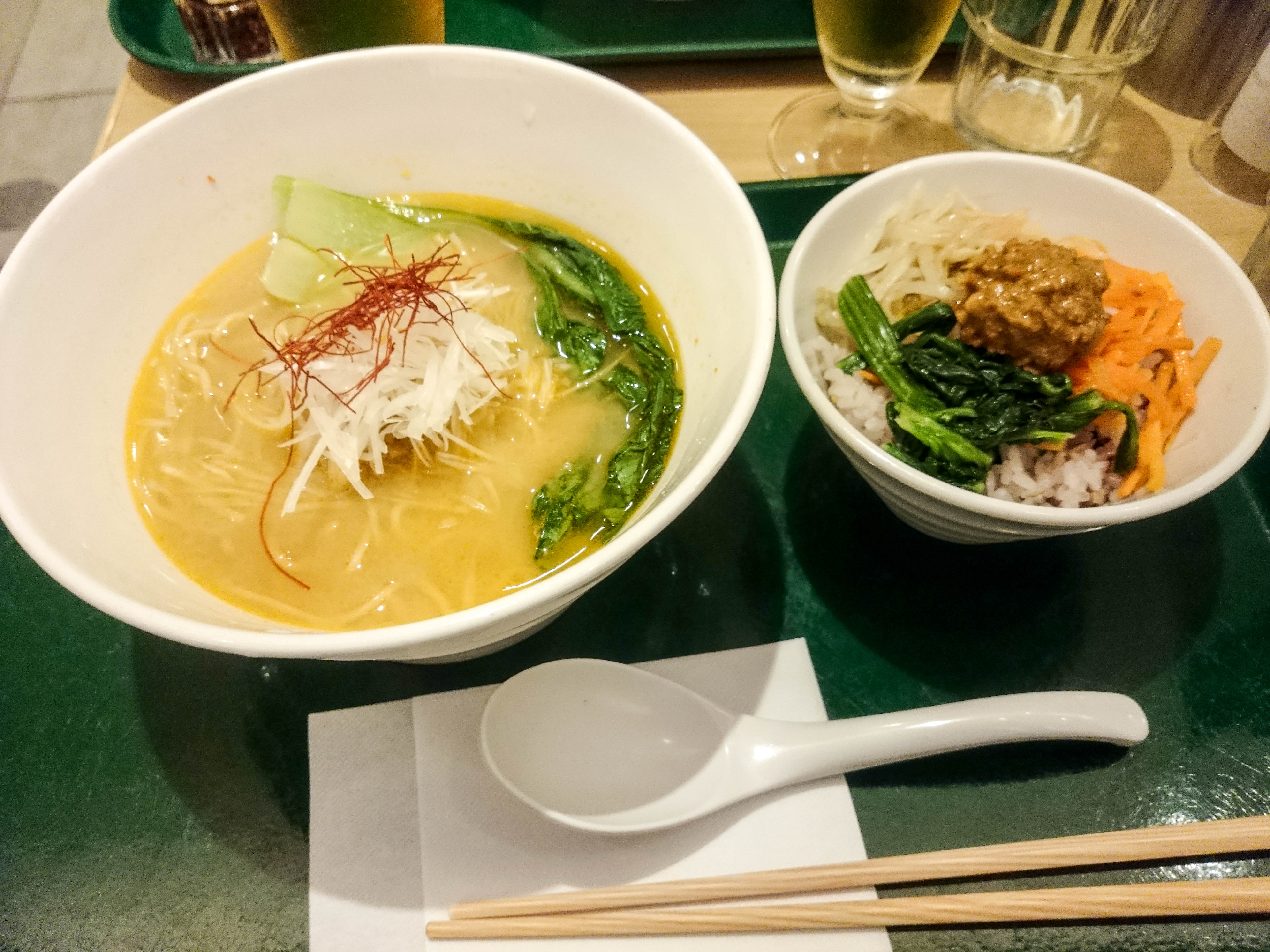 Ginza west: it is not a vegetarian restaurant but I have to mention it for its amazing fluffy pancakes (they are more cakes than pancakes) served with chocolate butter cream. Make sure you go early as there is always a line starting before it even opens.

Oribio: this very small restaurant (and shop) is on the outskirts of the city. That’s where I had the best ramen I have even had with a base that was more like carrot soup.

Ramen stadium: located in the canal city shopping center, it is a place not to miss out on that gathers several small restaurants. I didn’t find any ramen dish I could have but we did find a place that would let me have two vegetarian side dishes. 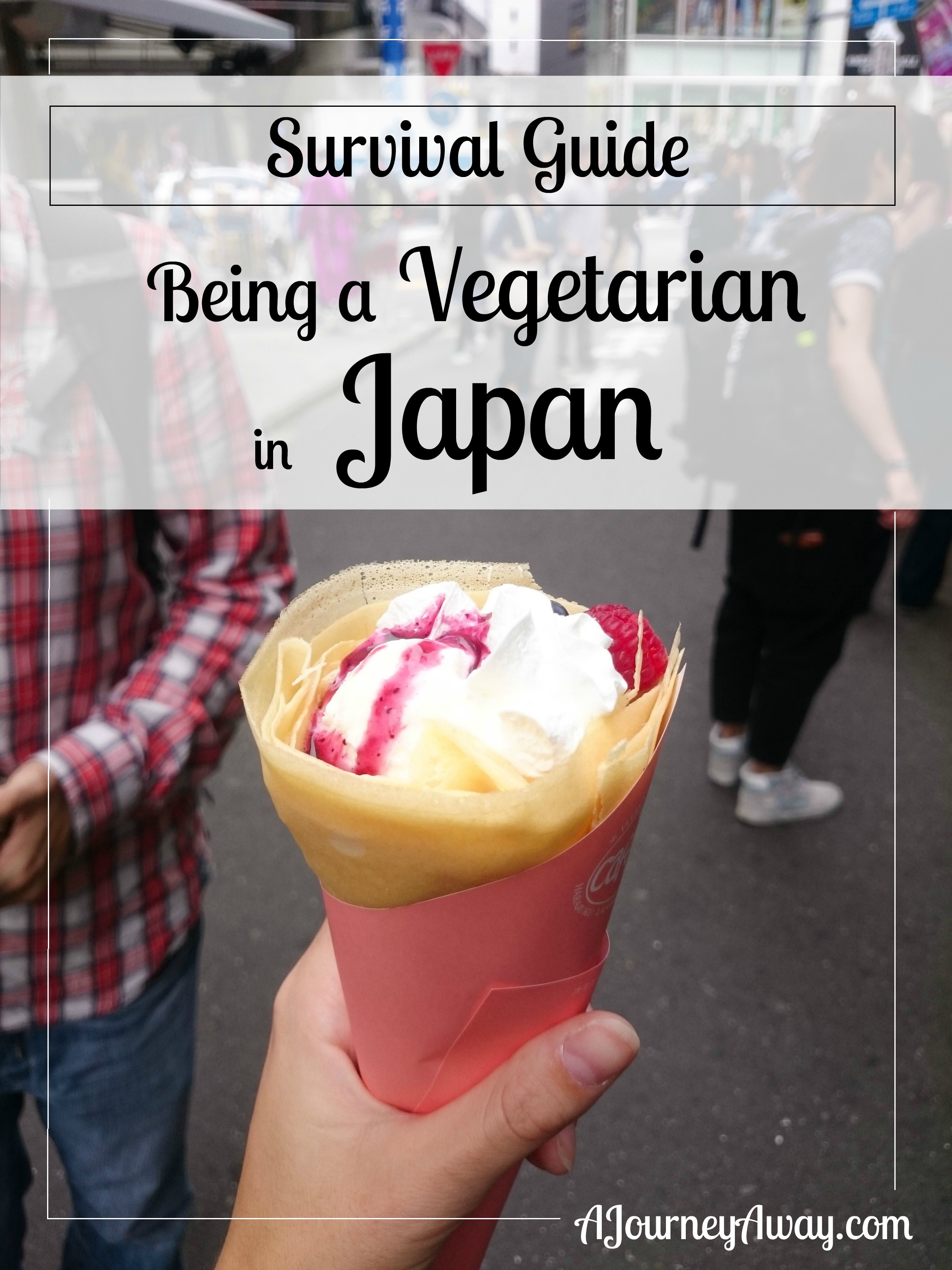 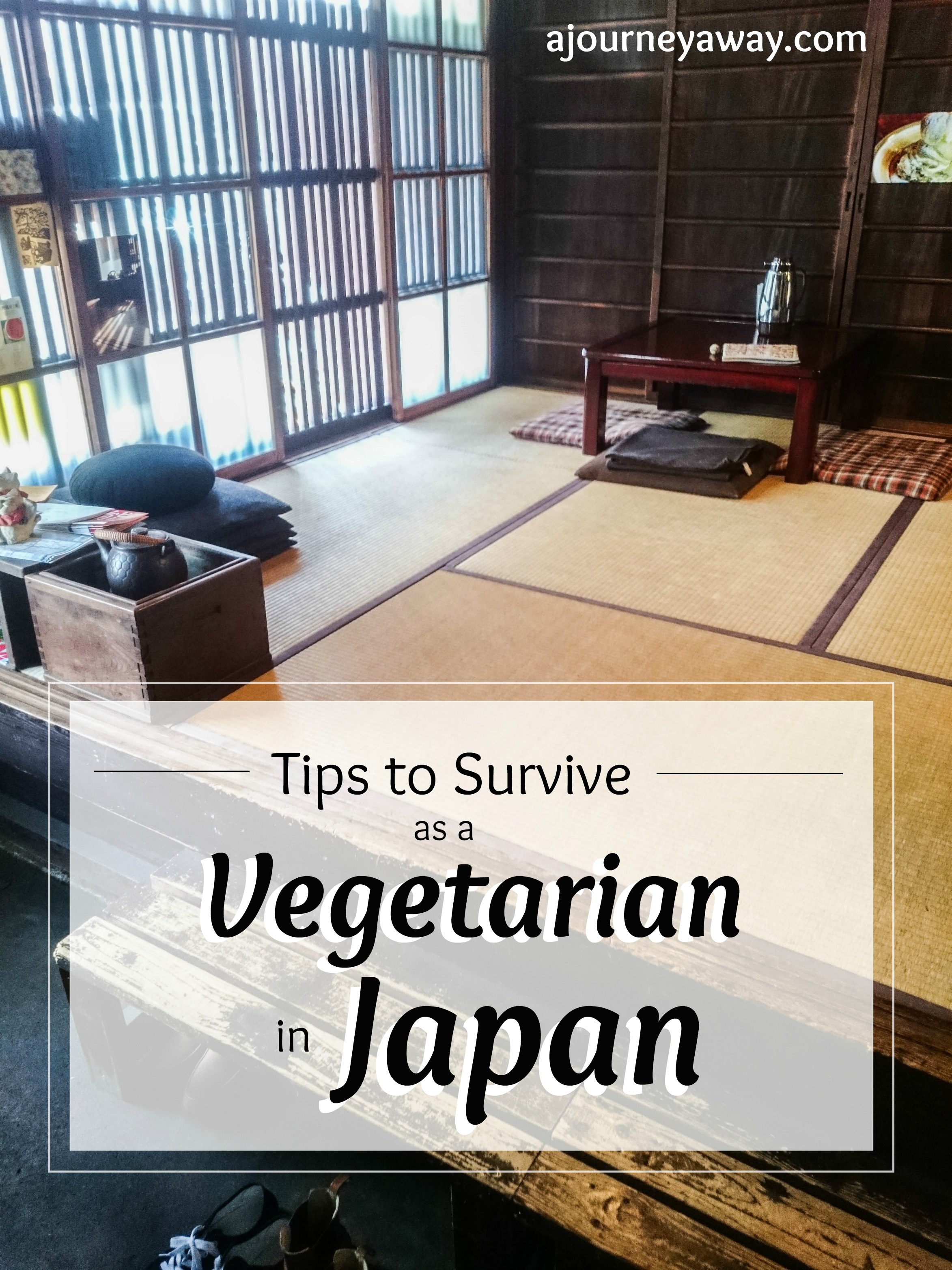