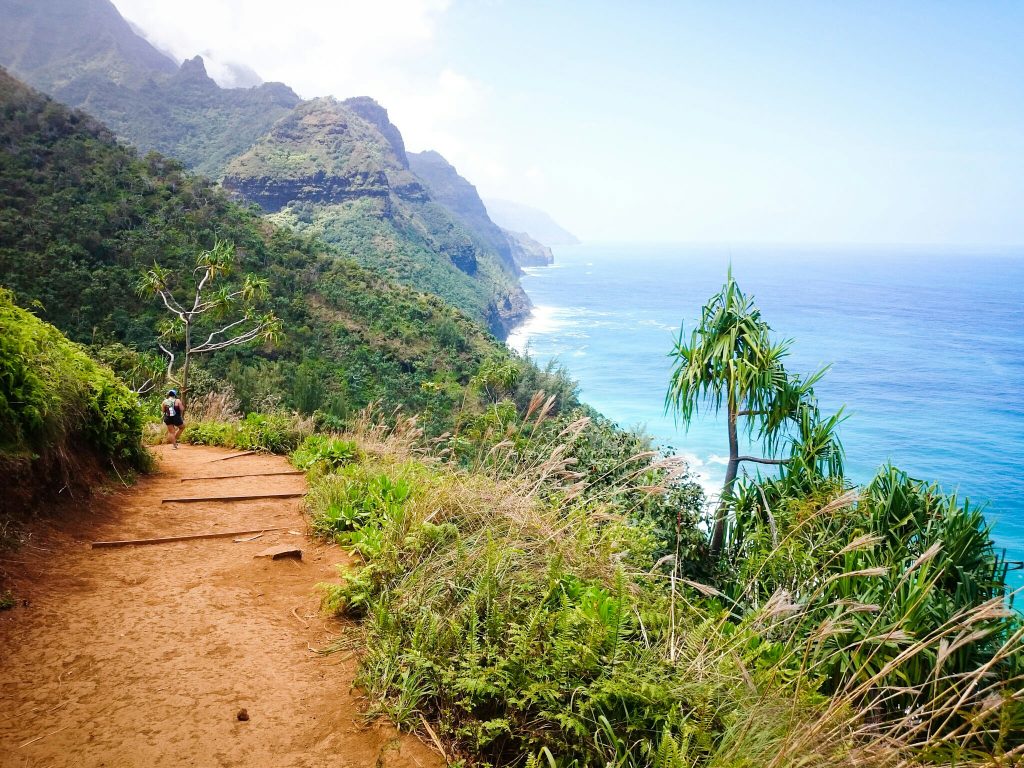 During our long trip, we were lucky enough to be able to spend six weeks in Hawaii and discover two islands, Oahu and Kauai. Although they are both absolutely beautiful, I think I preferred Kauai for its beaches as well as its lush greenery. It is not called the “garden island” for nothing and the best way to make the most of its stunning landscapes is hiking. 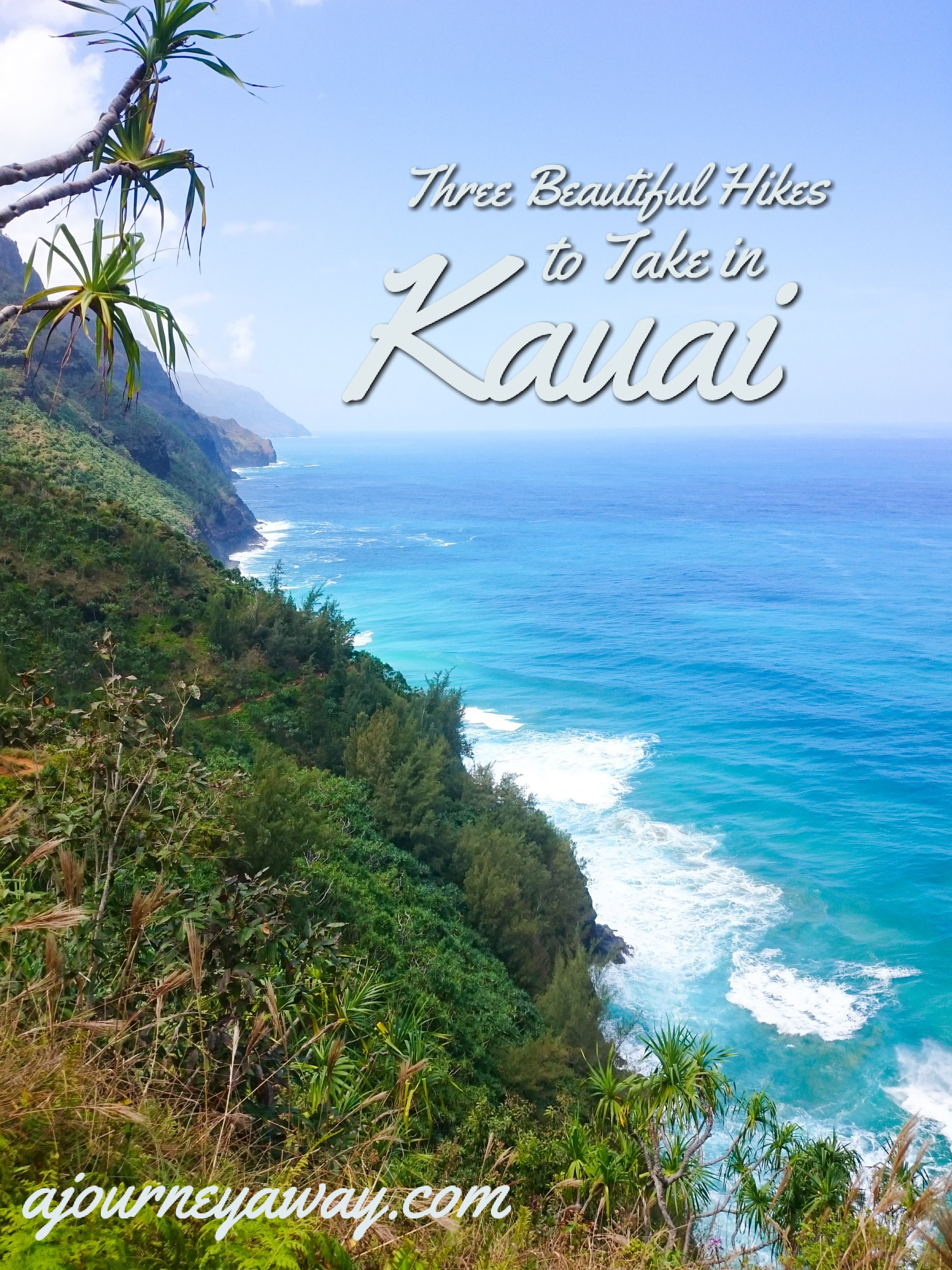 Located near Kapaa town, the Sleeping giant trail, or Nounou trail will provide a nice workout and treat you with wonderful views over the eastern coast of the island and the ocean. The hike starts on Halelilo Road where a few parking spots are available. The path is well-marked and goes through forests up the sleeping giant shaped mountain to a couple of viewpoints. 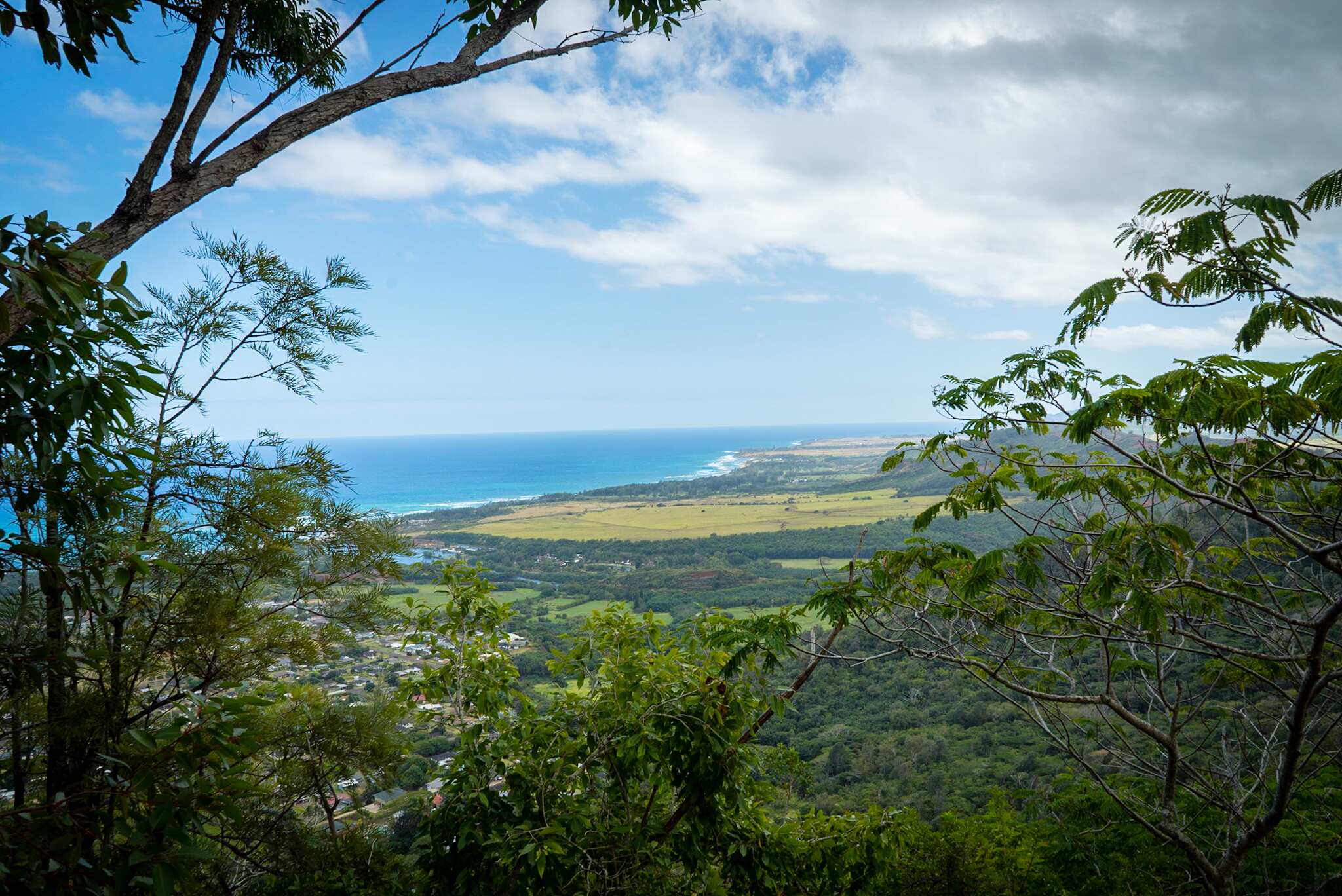 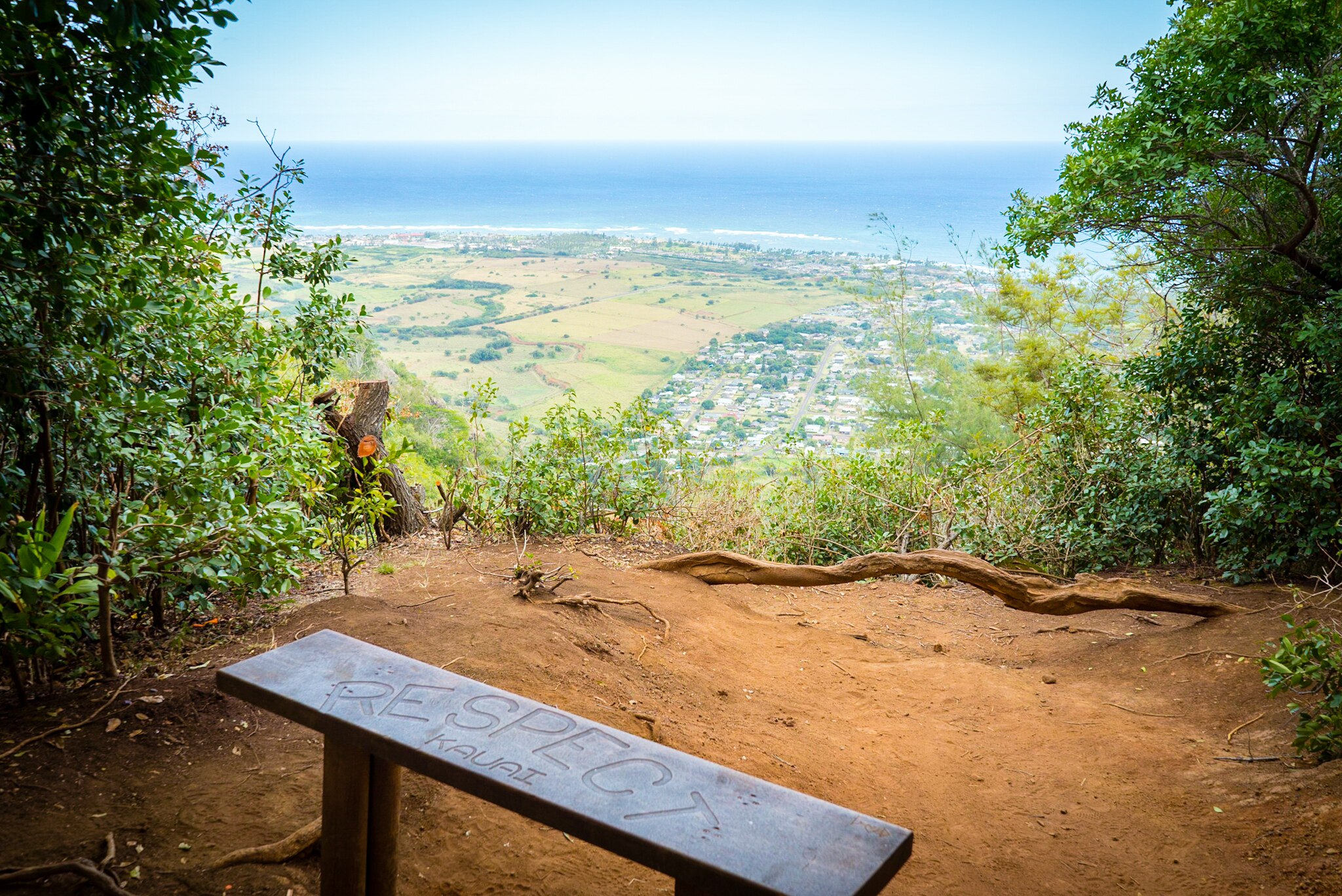 The Kalalau trail is probably the most famous trail of Kauai and for a reason. It gives you the opportunity of having a look at the stunning Napali coast from land, on the North shore of the island.

This 11-mile (each way) hike is also known to be the most dangerous one of Kauai, with some passages on narrow cliffs. Being particularly afraid of heights, I was not thrilled by the idea. Luckily, the first two miles leading to Hanakapiai Beach are easily accessible, even by children, and already offer wonderful views.

The starting point is marked by Ke’e beach where there are a few parking spots. It can quickly get full though so try to arrive early if you don’t want to start your hike on the road, far away from the beach. Before starting on the trail, make sure you have enough water and snacks as well as sunscreen and mosquito repellent (I probably scored a record in mosquito bites as soon as I got off the car..!). 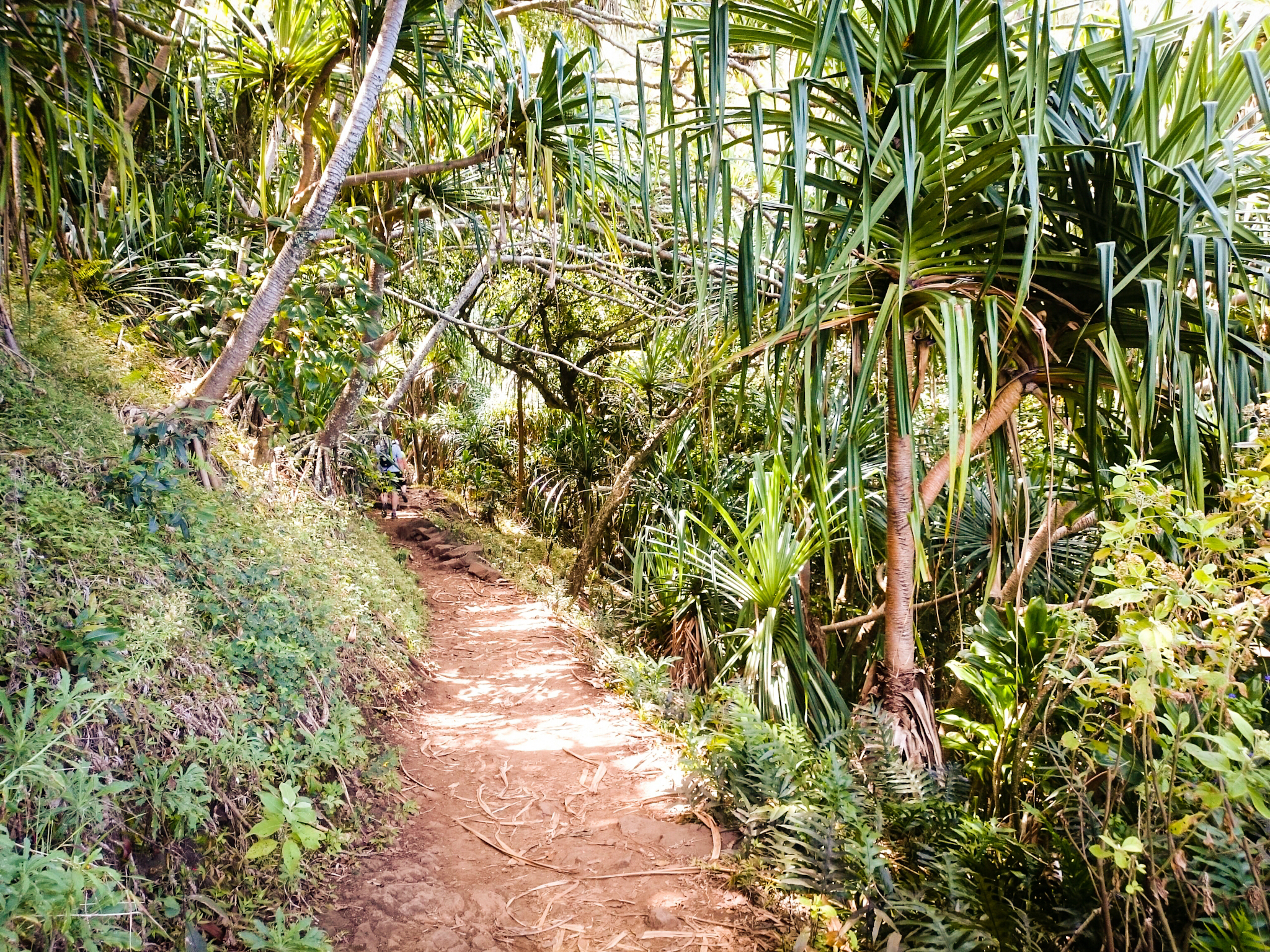 The trail starts on a dirt path uphill and through lush greenery. We arrive quickly on a first lookout where we can enjoy a view of Ke’e beach on one side and a thick tropical forest on the other. That’s also where you can admire the Napali Coast. 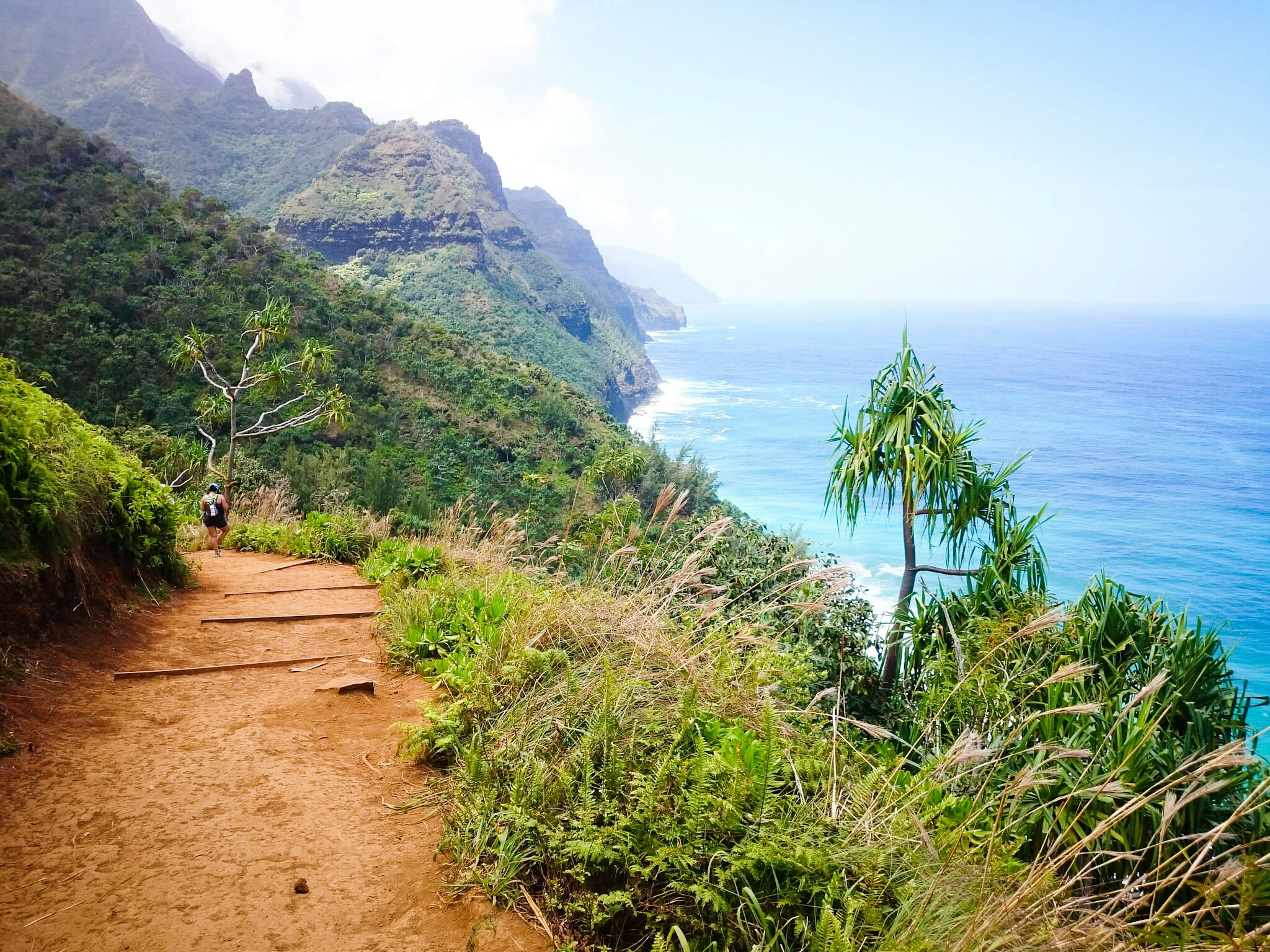 View of the Napali coast from the Kalalau trail

The path then leads through a forest again and another lookout before ending up on a small river, which is more or less easy to cross according to the weather, right in front of Hanakapiai Beach. When we went, the tide was high, covering completely the beach and leaving only rocks, which doesn’t make it less pretty. 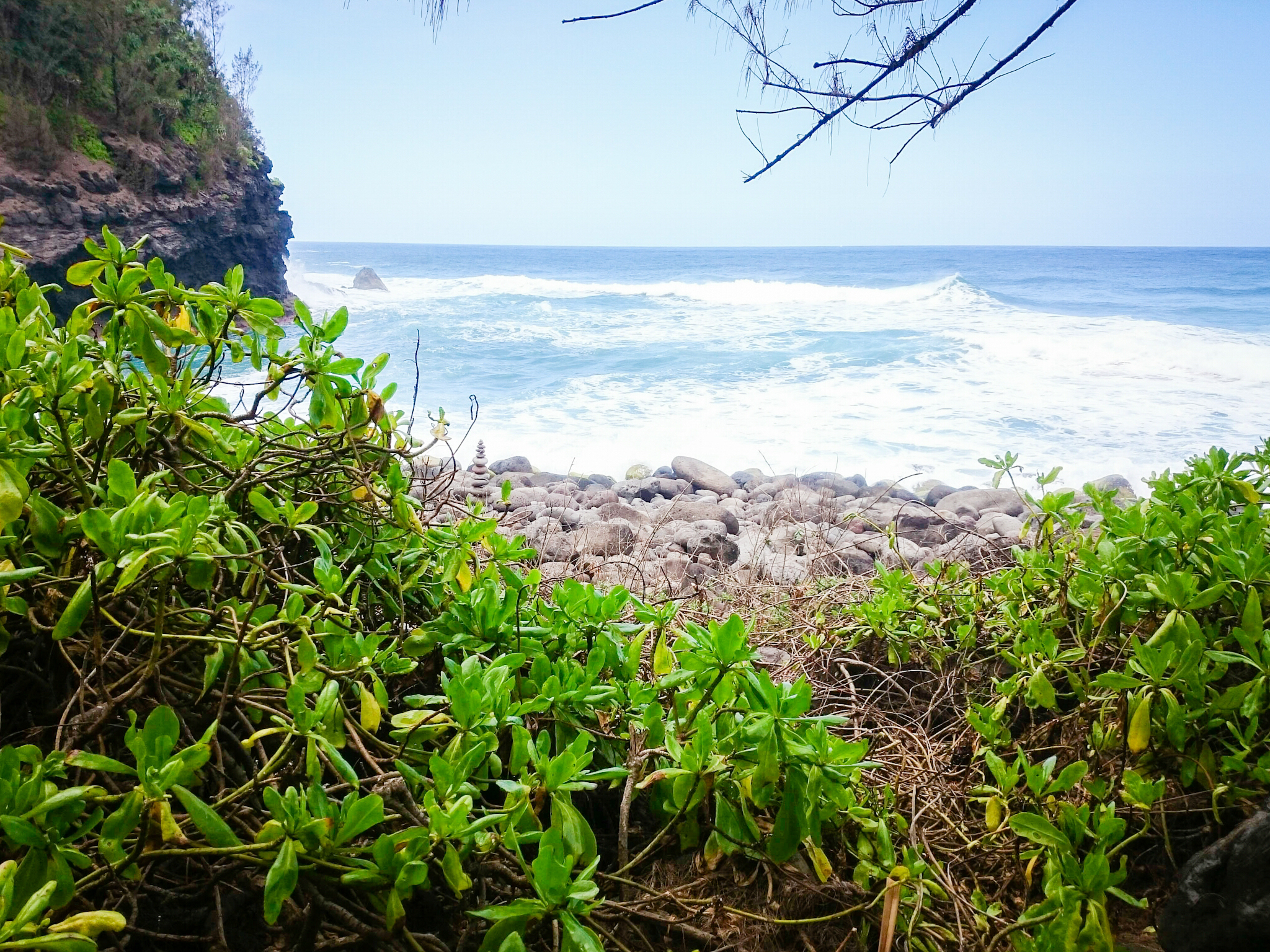 Mahaulepu beach trail isn’t as well known as the first two and doesn’t get the credit it deserves according to me. We found it while researching a hike that wouldn’t take us up and downhill too much, making it easier to make the most of the scenery.

This short hike (about two miles each way) starts at Shipwreck beach, in front of the Grand Hyatt Hotel in the South of the island. The path takes you along cliffs and sand dunes and offer breathtaking views. I absolutely loved the landscapes that were perfectly combining the blue hues of the ocean, the greenery and the reds of the rocks. 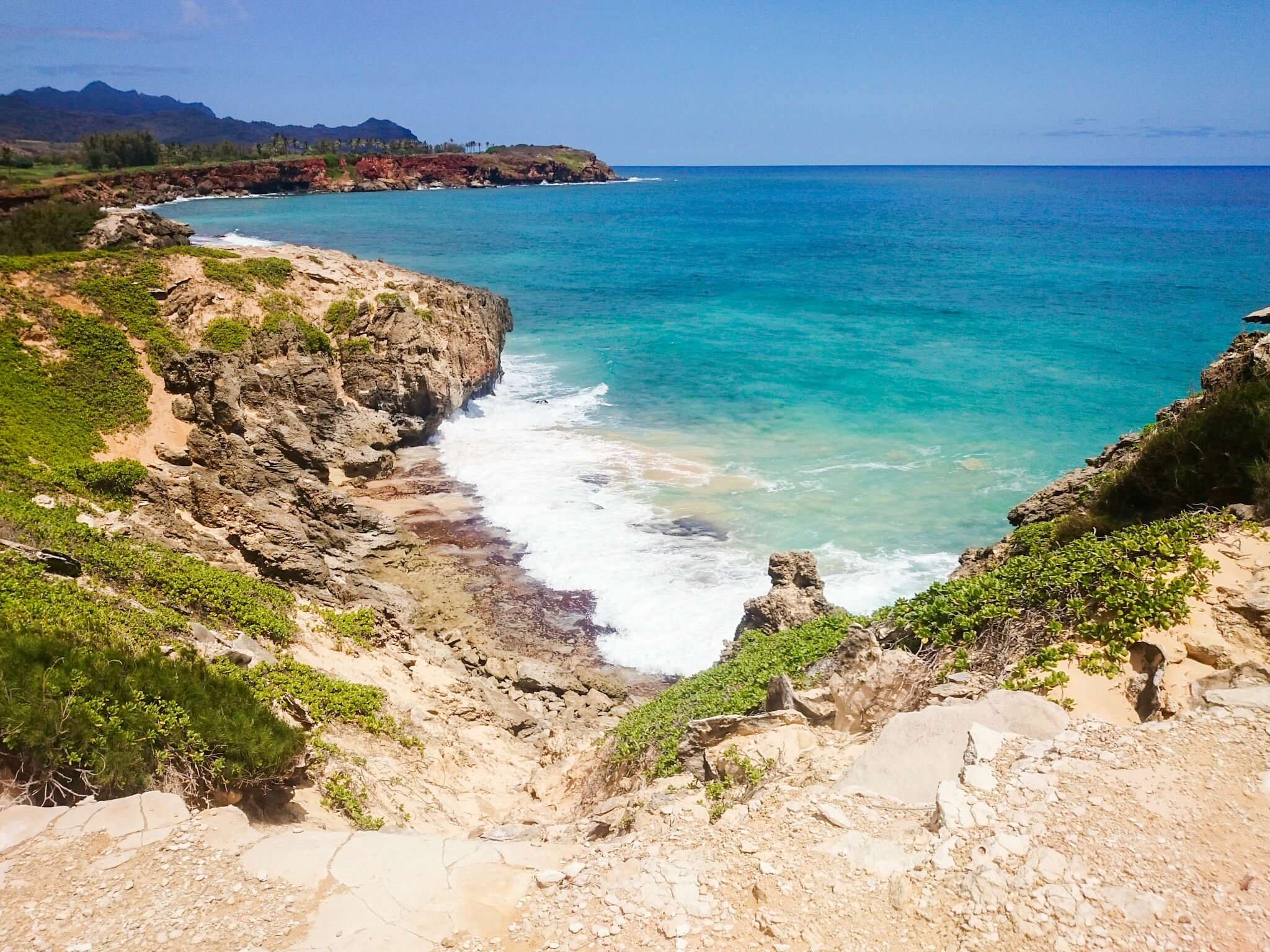 We walked along a golf course and discovered some ruins from native Hawaiian sacred places, as well as a very zen beach along the way, before making it to the red cliffs. 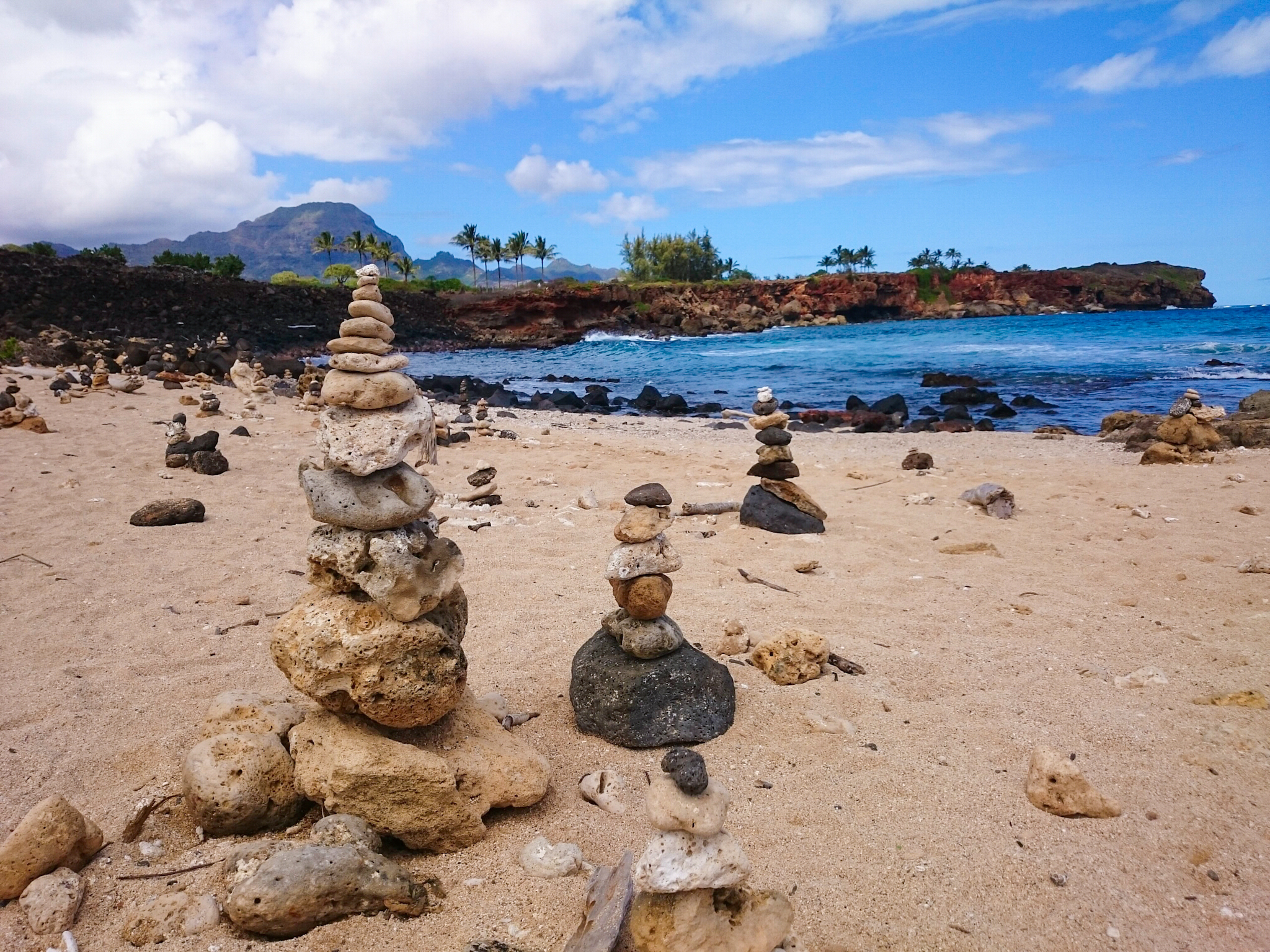 We really took our time to admire the view and we turned around after the Makauwahi Cave, a large and well-kept limestone cave, but the trail can take you all the way to Kawailoa Bay. 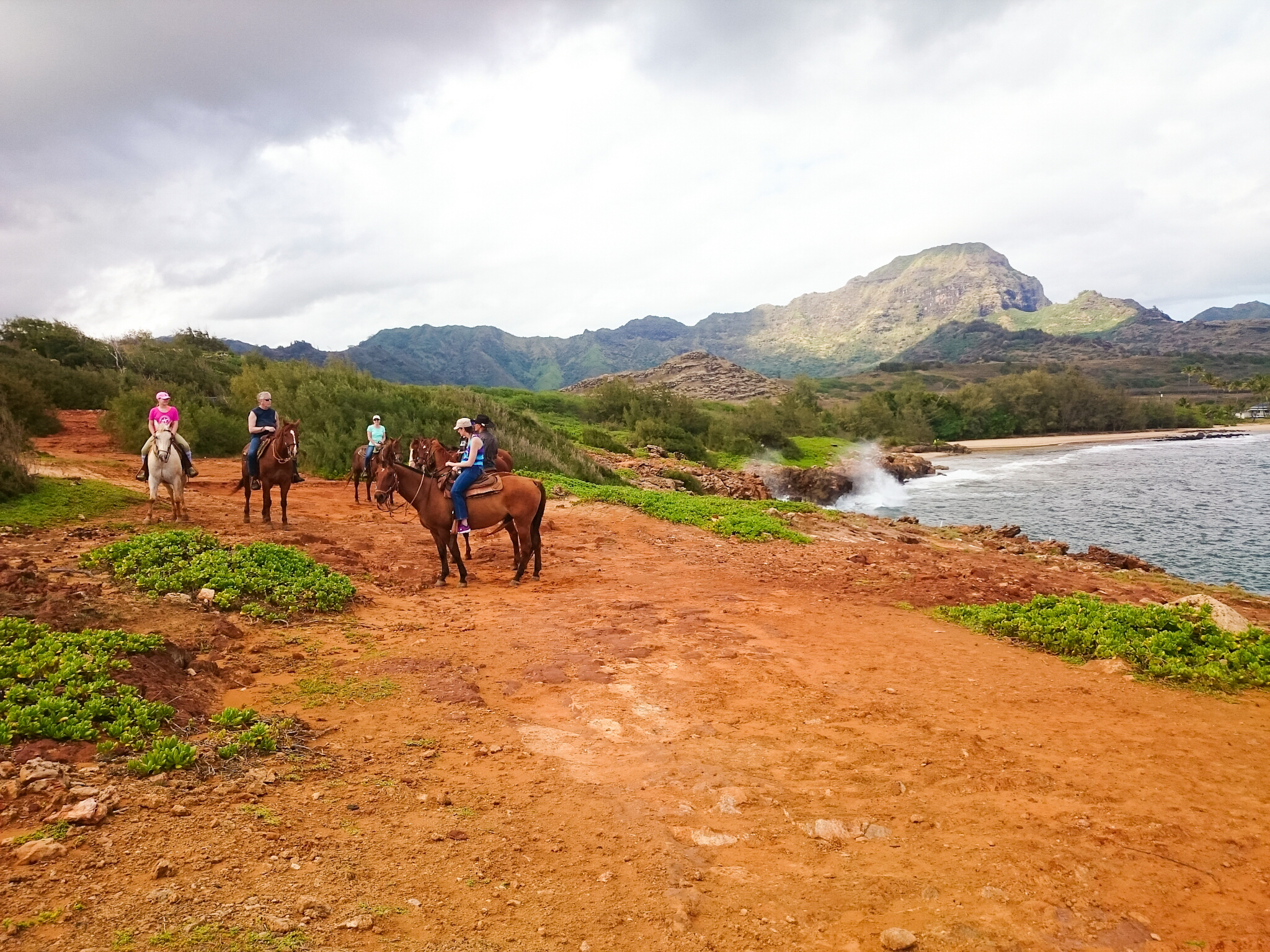 Any other hikes you would recommend on Kauai? Feel free to share your thoughts in the comment section below!