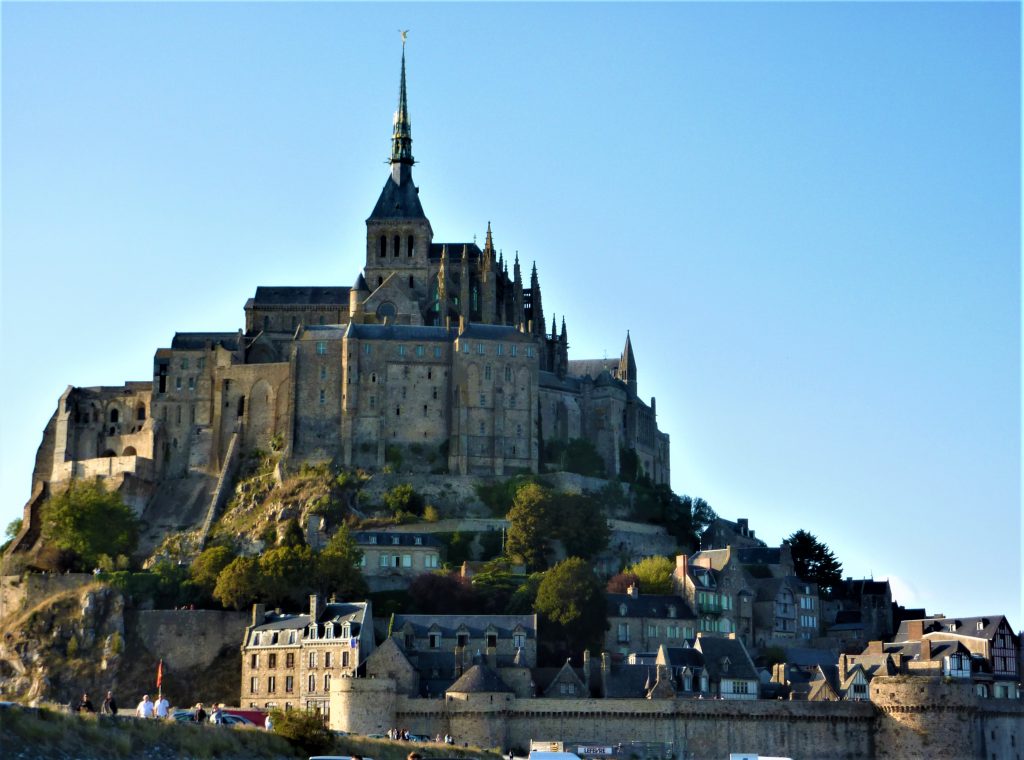 The Mont-Saint-Michel (Saint Michael Mount) is an islet located in Normandy and is one of the most visited sites in France. I’ve had the chance to see it several times and the visit of my brother and his girlfriend for Christmas was a perfect opportunity to go again. 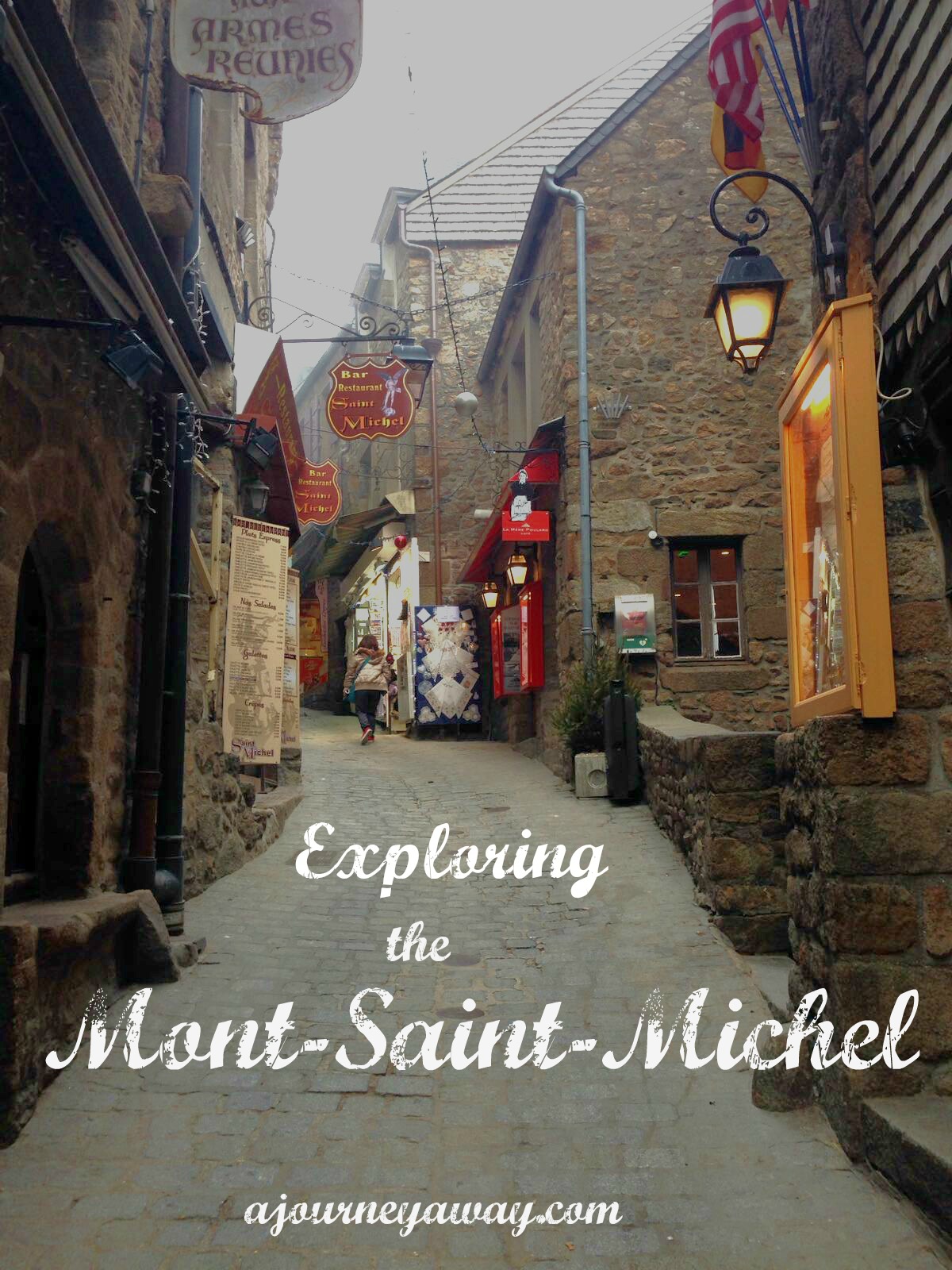 The Mont-Saint-Michel is definitely a place of history since its construction started as early as the beginning of the 700’s with a sanctuary at its top. It then became an abbey and a village grew around it and all over the rock. After being used as a prison during the French revolution, it was classified as a historic monument and more recently as a UNESCO World Heritage Site. 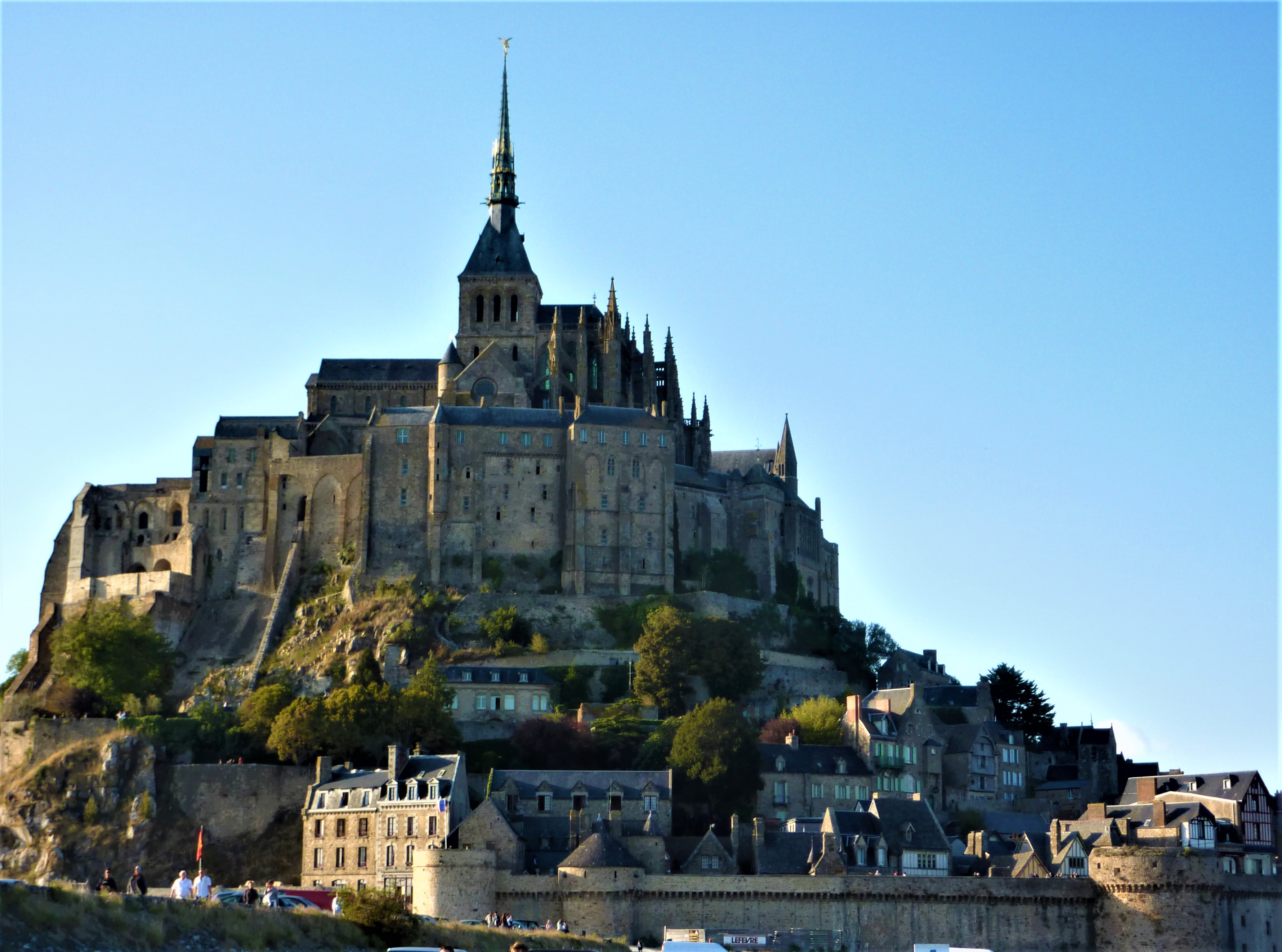 Mont-Saint-Michel on a clear day

The abbey and the village offer a beautiful architecture and wonderful views of the bay all around. When I went recently though, the fog was so thick that we couldn’t see more than a few meters away. 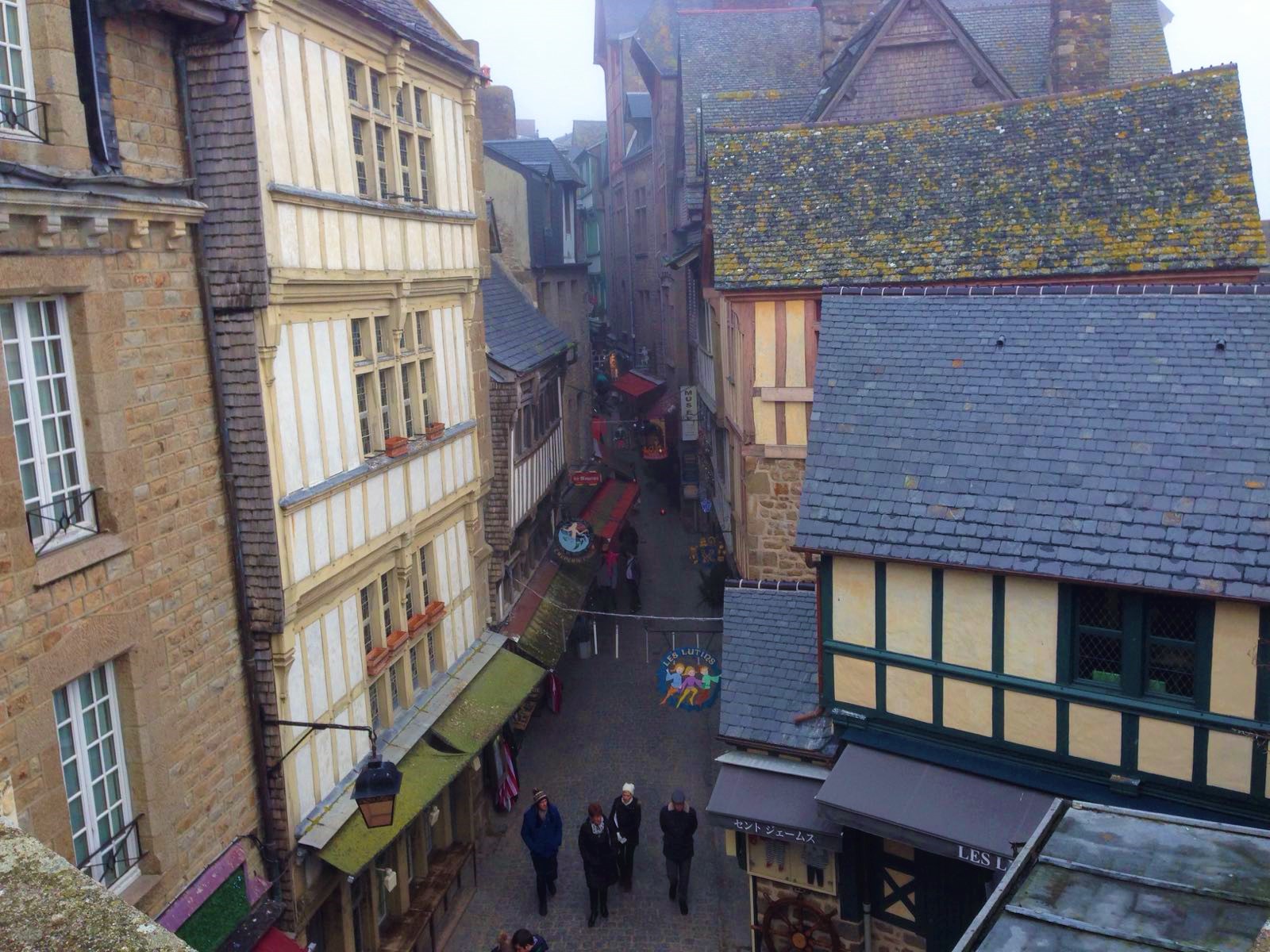 When I visited the mount several years ago, we were still able to drive all the way to the main entrance, at the foot of the rock, but the parking lot would quickly become crowded and there weren’t a lot of alternatives. I went again a few days ago and I was surprised at how well organised the site is today.

A large number of parking lots are now available a bit farther away for about twelve dollars a day and a free shuttle bus will take you to the mount. If you want a more romantic option, you can go for a ride in a horse-drawn carriage for a fee.

If you feel adventurous, you can choose to cross the bay through the sand and rivers when the tide is low. It is definitely better to join a group as tour guides will know exactly which route to take to avoid the quicksand areas. 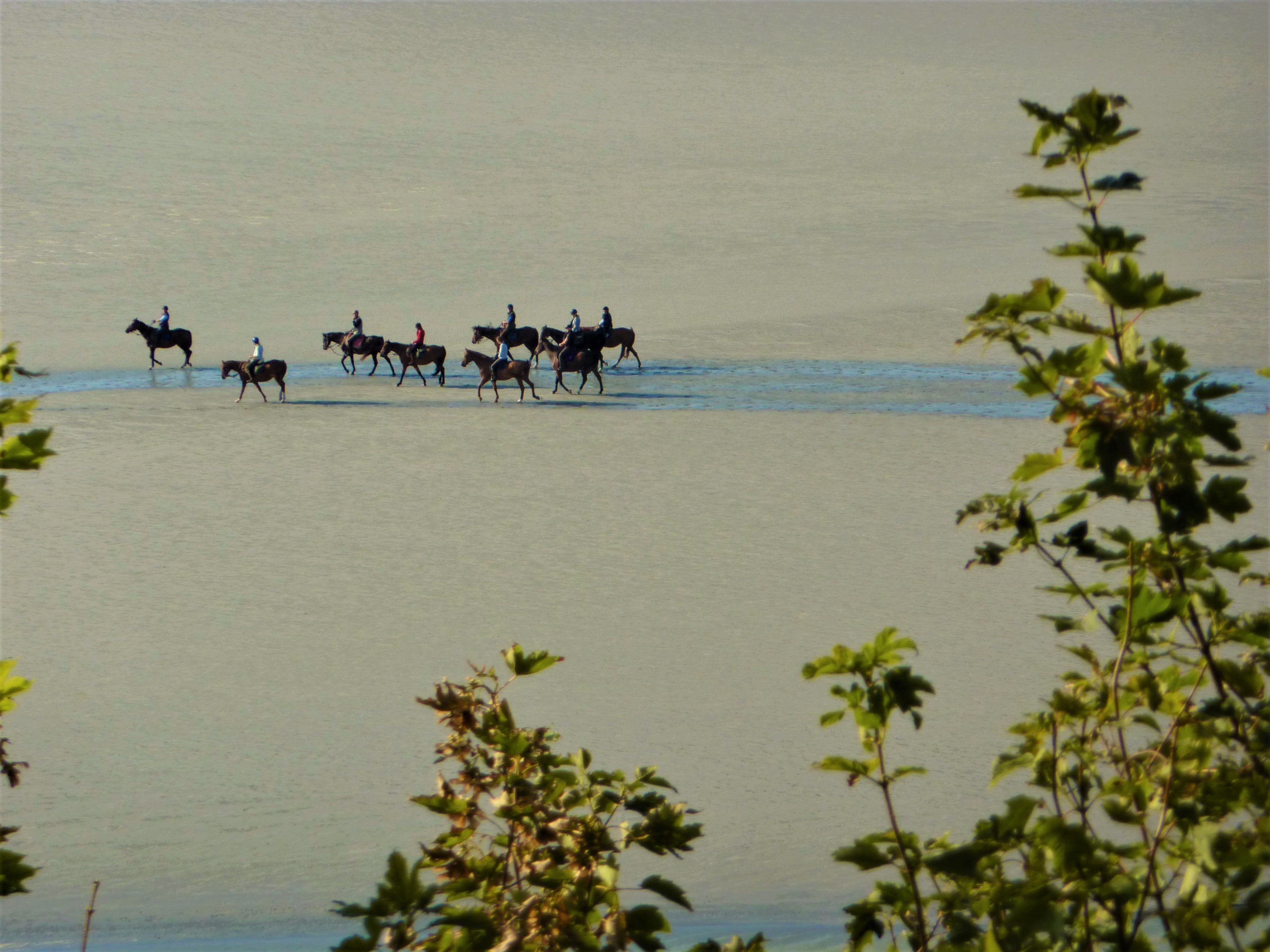 When the weather is clear, you can see the abbey from far away. It has been so foggy these days that even when we were in front of the main entrance, we weren’t able to see the top of the mount. I visited the place several times in my life but it was the first I saw it in these conditions. The fog would actually give it some kind of mystical atmosphere and it was a completely different experience. 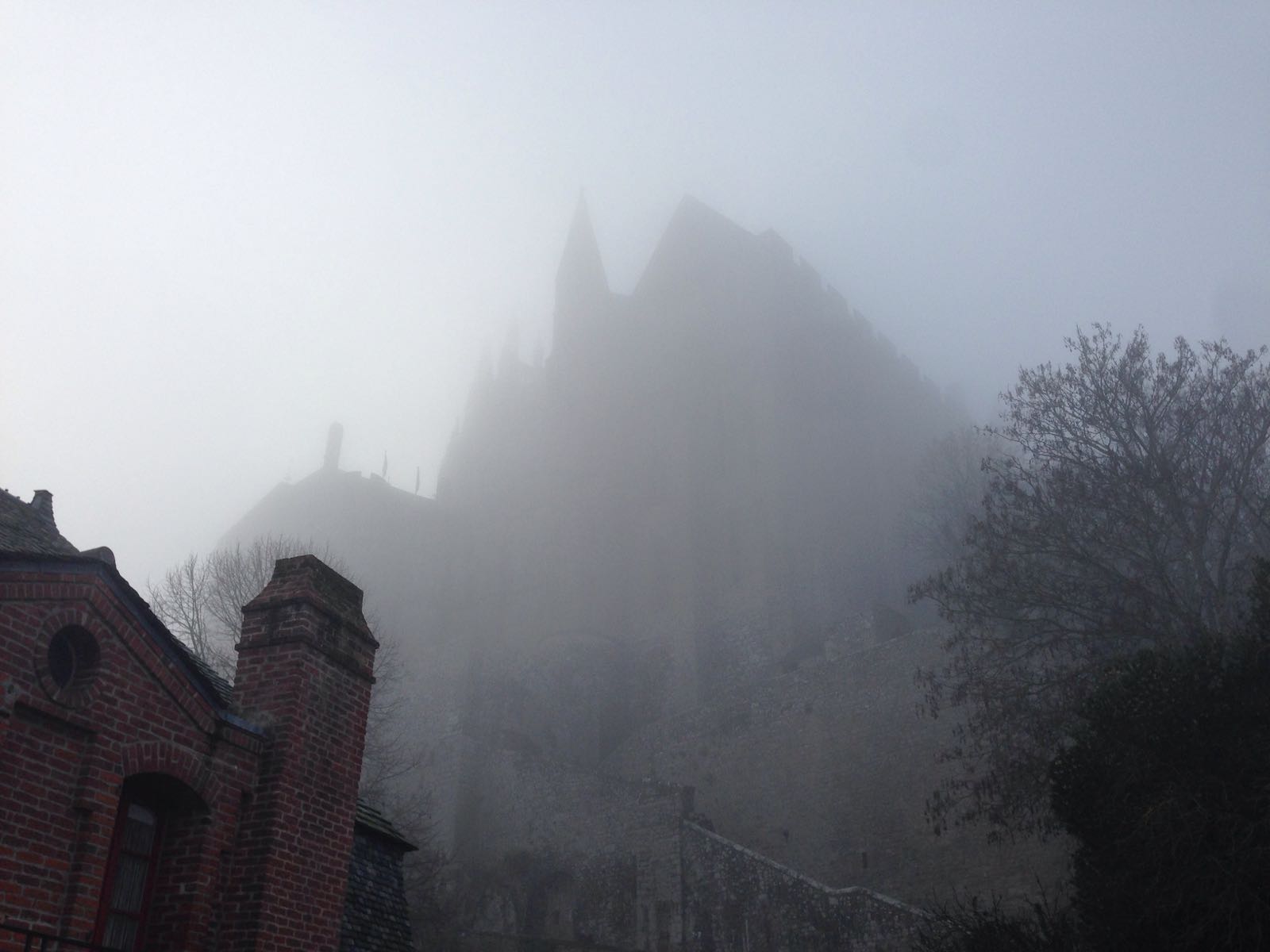 Getting closer to the top

Mont-Saint-Michel in the fog

The gate leads to the main street, packed with souvenirs shops and restaurants. Keep in mind that this is a highly touristic place and that it reflects on the prices. We enjoyed a walk through the old town, which was already quite busy but not as crowded as in summer.

Make sure you check the ramparts of the town too. They usually offer a pretty view over the bay and just like the main street, they will take you all the way up to the abbey. The entrance to the abbey, where security has been reinforced lately, is free for Europeans of 26 years old and less, and 9€ for other foreigners and adults. You will visit several rooms and a really cute cloister. 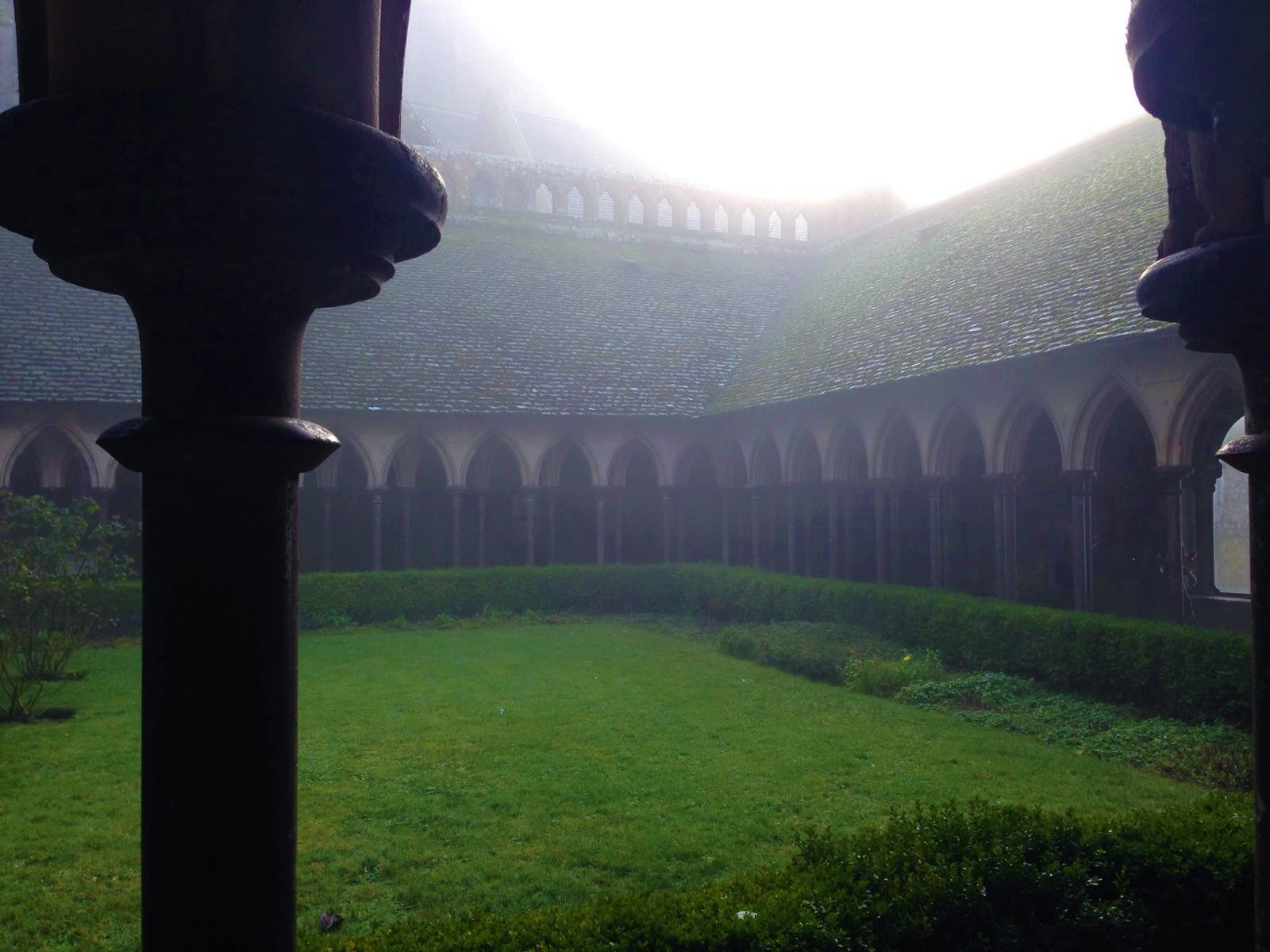 When you are done with the monastery, you can find a different way to go back down. We got lost in small streets away from the main road and where some people probably live all year long. 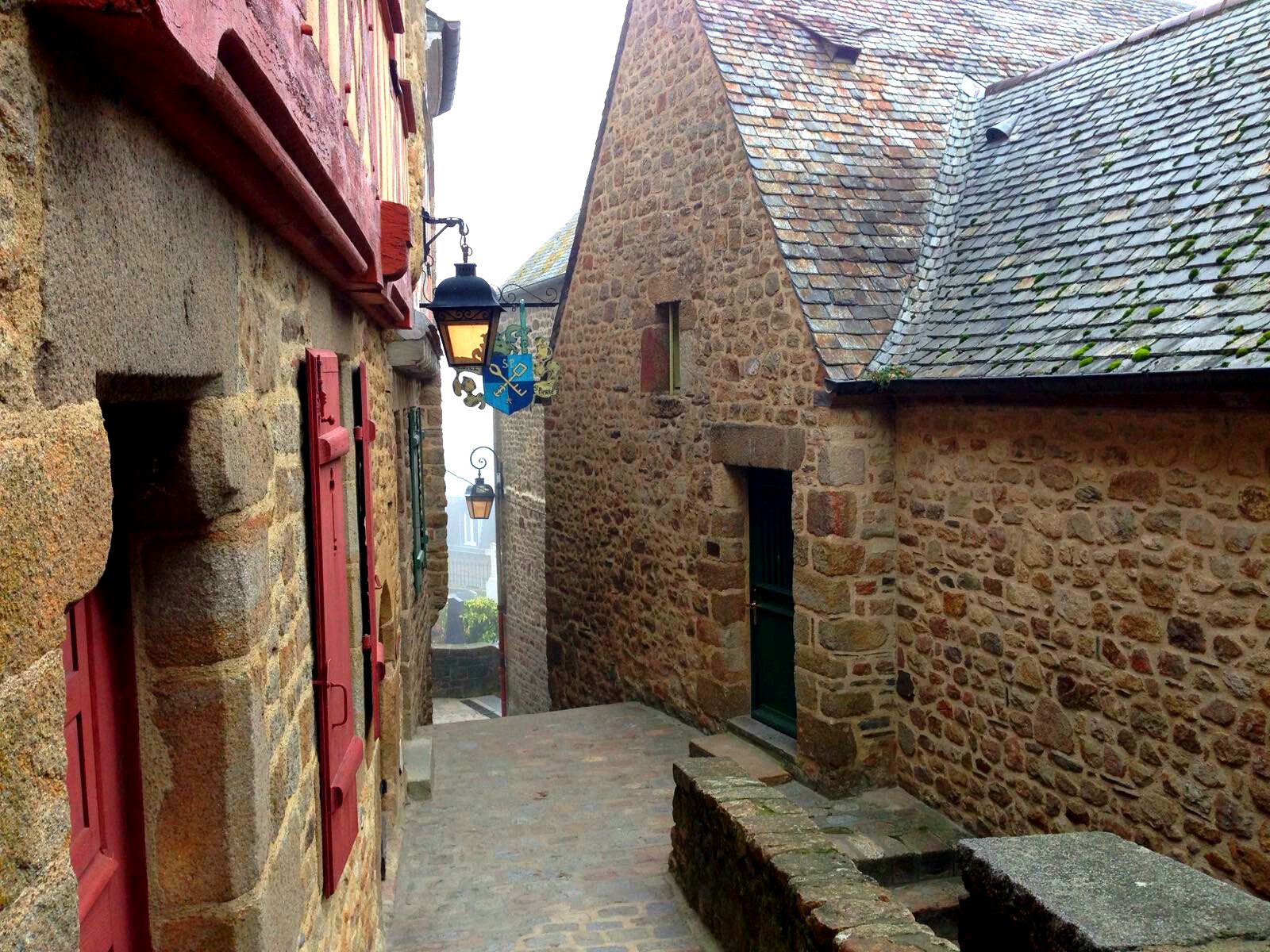