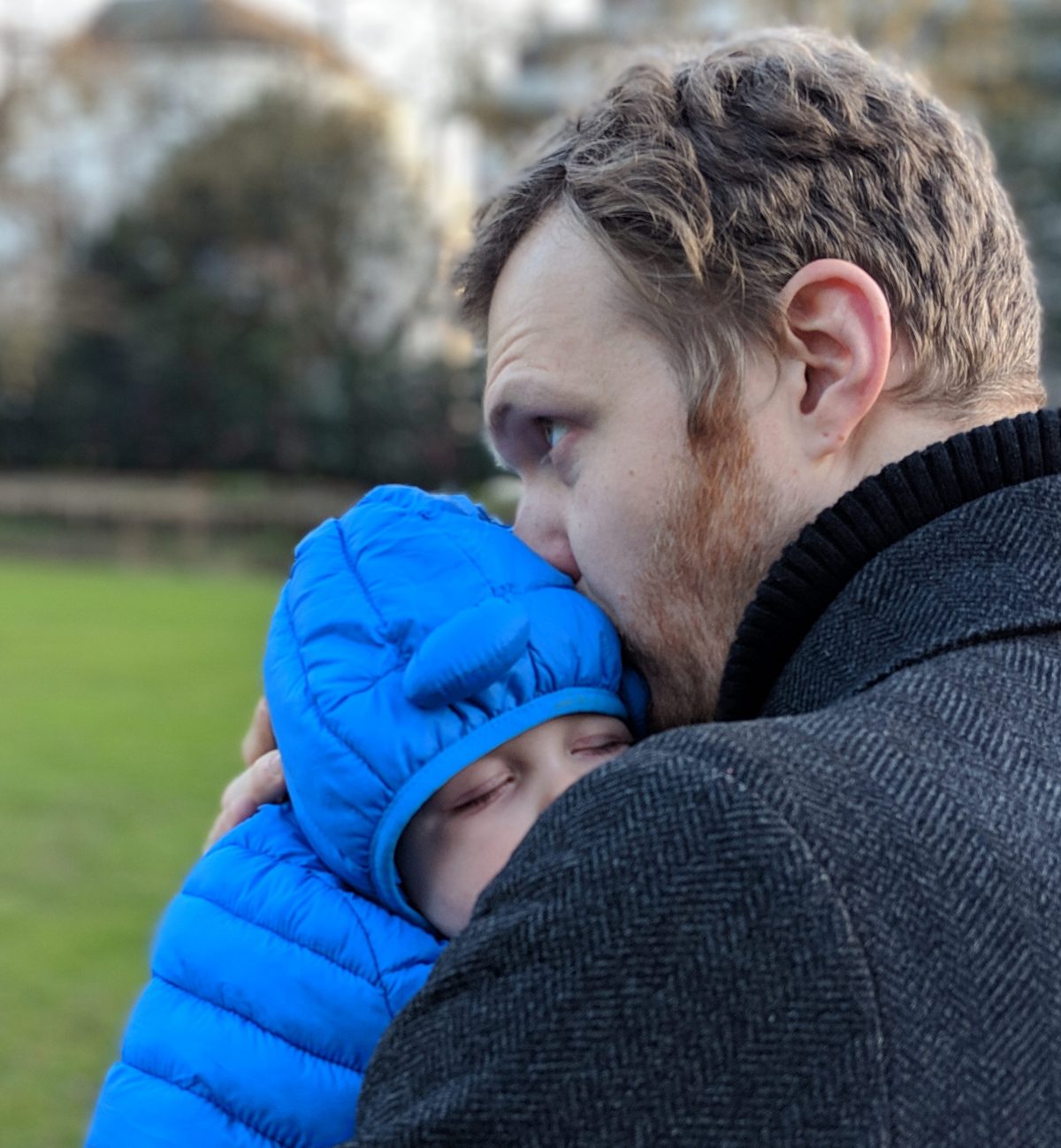 We just got back from our very first trip to France with Bastien (who turned 8 months old while we were there) and we all survived! We are lucky enough to have a pretty chill baby who barely cries so I was more nervous about him being jet lagged than about the trip itself. He actually didn’t cry (except of exhaustion for maybe 2 minutes top on the flight back) and a lot of people even congratulated him when we landed (both ways!) 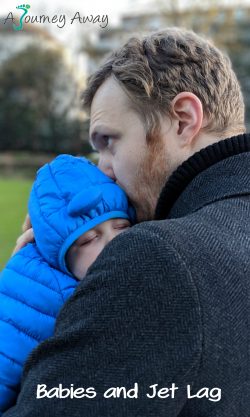 The jet lag part was definitely not the most enjoyable and it even felt like we were not going to sleep at all during our vacation. Bastien was an absolute champion during the day, barely crying as usual even though he was face-planting most of the time. The nights were more problematic especially the first night when he cried in a way that is usually reserved to doctors!

There is a 7-hour difference between Texas and France. It took him 3 nights to adjust to the French time, which in hindsight isn’t bad at all and 5 nights back in Texas. I found it easier to travel east as he would go to bed late (midnight or even 2am) but then would sleep until the morning. When we got back home though, he would wake up about every 2 hours.

Here are a couple of things that worked for us:

Sticking to your daily routine

This one might be the most important to me. I’m convinced that Bastien started sleeping through the night pretty early (about 2 months and a half) because we established a feeding routine when he was very little. So it also made sense to me that sticking to our usual routine as much as possible would help reset his body clock.

We were able to get up in the morning and put him down for naps as we usually do straight away. Of course, he had a lot of sleep to catch up with from the trip so he needed long naps. But we would gently wake him up when it was time for him to eat and when his last nap was getting too close to bedtime.

That worked for us, especially since our baby is easy-going and wouldn’t even be upset to be woken up.

Figuring out night from day again

The same way my previous point will help baby realize when daytime is, we used the same techniques as when he would still feed at night and made sure he wasn’t too stimulated. When were all up during the night, we would speak in a low voice and keep the lights dim.

We also made sure to spend some time outside to enjoy daylight.

Of course, baby would wake up during the night feeling hungry because it was time to eat back home. I thought the best option would be to distract him with a bottle of water. At 7 months though, Bastien was still not drinking so much water so that didn’t work for us.

It was my firm intention not to revert to night feeding by fear that he would get used to it again. But when we saw that we were completely unable to calm Bastien down on our first night in France, we ended up giving him some milk. I made the smallest amount of formula, which was enough to comfort him. I think he had also worn himself out crying beforehand.

When we returned to Texas, the first night was equally difficult so we didn’t wait too long to do the same. That time, it only made things worse as he just wanted more. We tried to trick him with very diluted formula. He didn’t want it at all but it did distract him a bit. I must say he was also teething which added to his discomfort.

Bastien would wake up during the night thinking nap time was over (even though he was still very tired) and simply didn’t understand why he needed to stay in bed and started to cry out of frustration. After reading some books in the bedroom, we figured it was best to change rooms and distract him for a while, as quietly as possible.

When jet lag hit baby again when we got back home, we started playing with a laser pointer that we knew he liked. Like hypnotized by the moving red dot on the ceiling, he ended up falling asleep on our bed.

It’s often all about distractions with babies.

At the end of the day, every baby is different and what worked for us might not work for you, what worked one night might not the next. You know your child best and can trust that you will find what will soothe your jet lagged baby. And always keep in mind that the situation is temporary and you will all sleep again!

Have a nice trip!